Has Bethlehem ZHB Ever Had a Female Member? 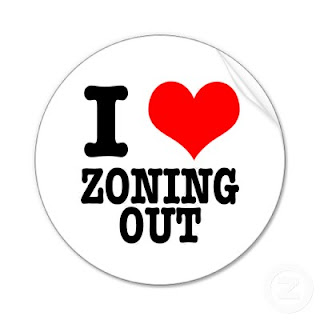 Bill Fitzpatrick's re-appointment to Bethlehem's ZHB has been tabled by City Council, 4-2. He is a lifelong resident, graduate of Liberty High School and Moravian College, worked as a products specialist at Bethlehem Steel and is heavily involved in a Neighborhood Block Watch. But Bill and other ZHB members have come under fire for their willingness to allow Elias Farmers Market to expand in a residential neighborhood. That decision is currently under Court review.
Al Bernotas, one of the parties involved in this controversial zoning appeal, made these points to Council on Tuesday night:

• For the record, we would like to point out that according to Ordinance 1325, The Zoning Hearing Board shall consist of three (3) members and two (2) alternates appointed by the Mayor with the advice and consent of the City Council for three year terms.

• The Mayor may remove any member for cause after public hearing.

• There is nothing in the ordinance that prevents the Mayor from appointing new blood to the Zoning Hearing Board. We do not know when that last happened.

• There is nothing in the ordinance that prevents the Mayor from accepting nominations for membership to the Zoning Hearing Board from the public, from members of City Council, or self-nominations from private individuals who would like to devote some of their time to City service. We do not know when that last happened, or if it ever happened.

• And there is nothing preventing City Council from effecting an ordinance that would allow City Council to remove a ZHB member for cause after public hearing.

• As much as we are in favor of taking the Zoning Hearing Board to court when their efforts are not in keeping with the interests and direction that City Council would like to see, we would prefer to see more control directly in the hands of City Council.

• In closing, we cannot stress enough how grateful we, the residents of the Johnston Drive Neighborhood, are for City Council’s support of our appeal of the Zoning Hearing Board’s August 26, 2009 decision regarding the approved variance to build a warehouse at the Elias Farmers Market in an RR zoning district.

• We would just like you, the City Council, to have a stronger position in the ZHB membership process.

• You have the power to do that.

• Thank you for your time and for courtesy of the floor.
Noon Update: Does the Name Laurie Gostley-Hackett Ring a Bell? She manages Community Relations and Philanthropy at Air Products. At one time, not so long ago, she chaired Bethlehem's ZHB.
Posted by Bernie O'Hare at 6/03/2010 10:07:00 AM

wow. somebody wants to serve his community and others have the audacity to turn him into a pawn in this political shell game. they don't like the zoning ordinance and they want to take it out on a man who gives his time.

its fair to ask whether or not a female has ever served, but I'll quickly point out that when somebody offers to serve, no community in their right mind should turn them down.

What does being female have to do with any of this?

are we checking all the correct boxes today?

Given recent headlines re: trans-gender and cross-dresser rights, all candidates should be required to lower their pants or lift their skirts to prove their sex - because it's apparently very important to some.

looks like johnny boy and tony h are losing control. their arrogance has finally caught up with them. people are beginning to see the one sidedness of thier actions. Will council wake up and stop being the boy mayor's rubber stamps? will they get real lawyers versus butt kissers and political wannabees? will they pay the city's bills on time? This administration is a absentee joke and a disservice to all Bethlehemites except those fools who continue to believe the bs that is being shoveled out of the second floor

I was a member of the Bethlehem ZHB - appointed by Mayor Marcincin - removed by Mayor Smith.
Helene Whitaker

Bill Fitzpatric voted NO to the Elias Market and you people want him off the board... Wake up.

What does Bernotas mean "for cause?" For not voting with NIMBY neighbors and following the law?

The fact that anyone gives this gentleman any courtesy is beyond me. He certainly doesn't afford courtesy or respect to anyone else.

To anonymous above: Mr. Bernotas has never been discourteous to anyone. All he wants is for the ZHB to know what they're doing and uphold the job they are there to do. When they know there are lies being thrown at them and they don't question it and ignore it that is "FOR CAUSE." Wouldn't you agree??

I understand the confusion some people are expressing, but Mr. Bernotas's remarks were not the main impetus behind tabling the reappointment of Bill Fitzpatrick, a great guy who loves Bethlehem and voted AGAINST the Elias Market decision.
City Council has been confounded by several recent ZHB decisions: 1801 Elliot Avenue, Stratford Park, allowing dense development in a flood plain near Saucon Park. I could go on.
City Council has taken the ZHB to court for their decision at Elias. Does it make sense that, in this climate, we would automatically reinstate a ZHB member to another term?
Perhaps there is someone in the City willing to serve who has more zoning and planning expertise, someone who will bring new blood to the ZHB, a fresh perspective.
I thought that was worth the time to investigate rather than rubber-stamping Bill's reinstatement, so I motioned to table, we tabled, and I'm doing some research. If Bill is truly the BEST candidate in the City willing to serve, I'll support him whole-heartedly, but to simply say "yes" because it's easy is not the right thing to do.

Thanks Karen for coming forward and speaking the truth about the whole ZHB situation. I'm sure hoping and praying you get someone new in there with no political ties or pay backs that will take the time to look up and learn the CODIFIED ORDINANCES and ARTICLES OF THE CITY OF BETHLEHEM, PA as I have done.

Here is the online link : http://www.bethlehem-pa.gov/dept/planning_Zoning_Permits/zoning

The Zoning Officer and the City Solicitor don't even take the time to look them up which is witnessed by some of the wrong, erroneous decisions they have made. You need people in there who really care about the residents of Bethlehem and not just businesses and developers like the Administration who has made it clear that they want new development in Bethlehem and doesn't care if it infringes on residential property.

Karen Dolan said...: She NEVER read any decision by the board, she is flying by the seat of her pants... Ask her any question you want Bernie and you will get the usual diatribe but NO SUBSTANCE for her position, other than her own political gain...