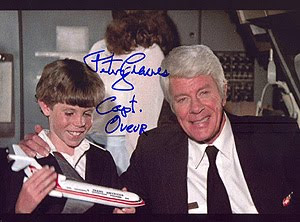 LV Congressional wannabe John Callahan spent months running from Pelosi's health care overhaul, refusing to take any position at all until it passed. Then he finally decided he supported it, a day late and a dollar short.

To make up for his lack of leadership on the health care overhaul, Callahan has staked out four inconsistent positions on the Wall Street bailout (TARP). LV Congressman Charlie Dent supported that, along with President Obama and Senator John McCain, as a temporary response to a crisis. He has since voted to require all repaid funds be used to pay down the deficit.
Position #1: Callahan campaign manager Justin Schall, an alum to ex-Congressman Eric ("Wanna' have a tickle fight?") Massa, claims his boss would have voted for TARP, just like Dent.

Position #2: Callahan campaign manger Justin Schall, an alum to ex-Congressman Eric ("Do you like gladiator movies?") Massa, claims his boss would have voted for one bill, but not another bill a week later. Dent campaign spokesperson Gregg Bortz wonders whether "we had a financial crisis one week and not the next."

Position #4: Callahan supports a proposed $100 billion bank tax that will make credit less available to individuals and small businesses, and that would be assessed on institutions that didn’t even take TARP funds. Despite Callahan's support, the Senate dropped the tax from its new bailout legislation for many of the same reasons Charlie Dent opposes it.

“It’s increasingly obvious that John Callahan doesn’t know what he’s talking about, period,” says Shawn Millan, Charlie Dent's campaign manager. “His campaign says one thing, then comes up with a completely absurd effort to change its message, and now completely reverses itself. Some advice to John Callahan – if your Washington-based campaign manager knows so little about where you stand on important issues, consider replacing him.”

When it came time to cast his vote, Charlie Dent had one position on one of the worst fiscal boondoggles in American history:

JC will know how to vote when peloski tells him. Can you spell P U P P E T?

There's an empty parking space at city hall if anyone needs it. Just park where it says "Mayor Only".

You assert as fact that the resolution authority provision (bank tax) would decrease access to credit. That is flat out false. Check your facts. The real question is why doesn't Charlie Dent support making banks pay for their own bailouts? Anybody promising you bailout-free governance is a liar. But that doesn't mean the TARP program was the only way to structure the bailout, especially with regard to consumer protections. Charlie Dent not only didn't care about consumer protections, but he voted against adding them later, and he's still taken the banks' position on every single issue in the Wall Street reform debate - bank tax, consumer protection, the ridiculous exemption for auto loans (the second largest kind of debt Americans have), breaking up the largest banks. On every one of those issues, Dent is on the banks' side when he should be standing with his constituents. Clearly he is seeing his negatives shooting up in his internal polling and is desperate to divert attention away from the fact that he's about to vote against common sense Wall Street reform with the rest of the Republicans. He cares more about getting reelected than making sure that we don't have another financial crisis.

"You assert as fact that the resolution authority provision (bank tax) would decrease access to credit. That is flat out false. Check your facts."

Must be why the Democratically controlled Senae dropped it.

Jon,I don't know you but I think your post was not only on the money but the link you gave quantifies it!
Corporate welfare at it's finest and I for one am sick of it. Consumer protection what a joke,and that's why even folks on welfare are charged fee's at some banks to withdraw the little money they do get! Greed And please don't even bring up credit cards,I know people who have had to run up thousands of dollars in credit card debt in an attempt to keep their homes!!!Nice post

Has anyone else noticed that Geeting only cites websites and studies that are from groups or organizations funded by George Soros? I know geeting works for one of these so called "nonpartisan" non-profits but seriously, there has to be other sources for his liberal propoganda. So, according to Geeting, we are supposed to "check [our] facts" from a group that is dedicated to "creating a long-term, progressive vision for America."

Is this where Callahan is getting his talking points from?

The drumbeat of Soros-related sourcing continues, and continues to disqualify wolf in sheep's clothing arguments.

Callahan doesn"t have a chance its a shame I know him personally he is a nice man with a nice family but I'm not voting for him for congress he is not qualified.