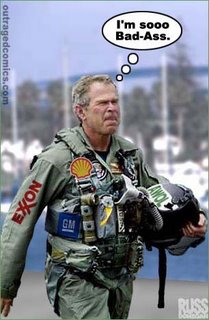 Like crazed drug addicts, we have hurled ourselves into Iraq, in all our Imperial Glory, to insure our oil stash. We have about 20 years of fossil fuel left, so we rape Iraq, where we have murdered 13,000 civilians, mostly children, and are sucking those oil fields dry. From WMD to "God told me to do it," we rationalize our addiction. Like any good drunk or druggie, we spurn anyone who stands between us and our drug of choice. I'm an alkie so I ought to know.

"Freedom is on the march!" is the latest mantra offered by our Addict-in-Chief to explain everything, whether it is opium fields in Afghanistan, torture and concealment of detainees in Abu Ghraib, or wholesale slaughter in Falluja. He does this to the tune of a few high school bands in the Lehigh Valley who don't mind getting mired in politics because they get to play for the "War President."

This refrain must have a hollow ring to those enduring starvation, slavery and genocide in Sudan. It must sound insane to Father Jean-Juste, a Haitian priest recently beaten and jailed while feeding 600 children, all at the hands of a unelected government sanctioned by the US. But freedom only marches to countries with oil, where we, the occupiers, show Iraqis how little we regard them by refusing to keep track of those we murder. While we guzzle bottle after bottle of oil, North Korea and Iran develop nuclear weapons and nifty little missiles to deliver them right here. Talk about Code Red!

There is one and only one reason we are in Iraq - oil, not freedom. We need our fix so we can drive our SUVs, raise our speed limits, and murder each other in high speed collisions or in road rage incidents with assault weapons.

I'm told even God has become involved in the election and gave GW a flight suit or something. I don't know God personally, but from what I hear, I don't think He'd be doing cartwheels about our Addict-in-Chief authorizing intensified interrogation techniques (i.e., torture), lying to the American people, or directing a senseless invasion that kills innocent Iraqi children, paid for by sacrificing programs for innocent American children. But we are all crazy druggies and need help, maybe a 12 step program, or methadone. Now excuse me while I hop in my Hummer and get my third flu shot. Don't get in my way or I'll pre-empt you.
Posted by Bernie O'Hare at 9/23/2005 10:06:00 PM 1 comment:

Government Hides Open Records But Publishes Yours on the Internet 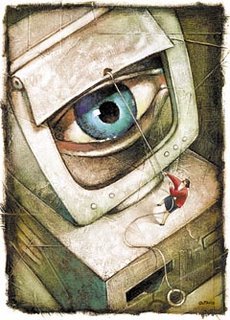 The Morning Call, in a two-part series, recently chronicled a litany of obstacles encountered by those making informational requests under the state's Right to Know law. This law, supposedly strengthened by recent amendments, is routinely ignored by police departments and other government agencies with secrets. In Northampton County, for example, County Councilman Ron Angle has had to sue twice in as many years for access to county records that were later disclosed. In one case, the County's Solicitor warned Angle that "you'd better bring a gun." In another instance, this same Solicitor released records to reporters while refusing to provide access to County Council. He later claimed he had been kidding. Voters had the last laugh.
Local government imposes hurdles and hoops for those seeking public information that just might reveal how our money is spent. It is ironic, however, that it displays a downright cavalier attitude about the records of ordinary citizens. In fact, it publishes all kinds of personal information on the Internet, and does not hesitate to sell this data to anyone with a checkbook. These are public records, but no law requires they published on the Internet.

Northampton County assessment records are published on the Internet for the entire world to see. Osama bin Laden, from his cozy little retreat, can browse through ncpub.org and get not just your address, but a footprint and nice photo of your home. He can learn how many bathrooms you have, find out if you have central air, and can even discover your wife's name. If you'd like, you can pay the county a few dollars and get your own CD with all of this information. And it doesn't stop there. Real estate records are also published on the Internet through a third party at landex.com. For a modest fee, you can browse through all kinds of scanned real estate records, including mortgages that always contain signatures, and in some instances, contain social security numbers. This is a goldmine for identity thieves, who can use both to start lines of credit.

The Internet contains a plethora of sites like "instant detective" that promise all kinds of private data on anyone. Ever wonder where these sites get their information? They get it from local governments. As often as not, the information is free. Last year, over 600,000 social security numbers were stolen, and that does not happen without government help, even if it is unknowing.

Our Commonwealth Court recently expressed concerns about identity theft and counseled that innocent private citizens' interests must be protected against unwarranted invasions of privacy. Former Chief Justice Warren also warned, "The fantastic advances in the field of electronic communication constitute a greater danger to the privacy of the individual." But local governments, in a race to be online, make little concession for any legitimate expectation of privacy.

Northampton County is currently building a $43 million courthouse "expansion" that actually reduces the working space in every row office. This new edifice will have a separate entrance for judges and all kinds of security measures designed to protect them. While the county spends millions in public funds to protect its judges, its publication of personal information on the Internet will expose its private citizens to identity thieves, data miners, and stalkers.
Northampton County is not alone. 28% of all counties are now online, in one form or another. One such county is Fort Bend in Texas, where you could recently see Tom Delay's social security number and get his home address. On a Florida county web site, the social security number of CIA Director Goss was also available.

The records being published online have always been available for public inspection at the courthouse. But the simple impediment of requiring someone to be physically present at the courthouse is often enough to deter identity theft and prevent other secondary uses, such as marketing from data bases compiled by data miners. It is time that local government adopt some safeguards to protect the privacy of its ordinary citizens in addition to judges and other dignitaries. It wouldn't even cost $43 million. It would be refreshing to see government take as much care with your records as it does with its own.
Posted by Bernie O'Hare at 9/23/2005 09:58:00 PM 1 comment: 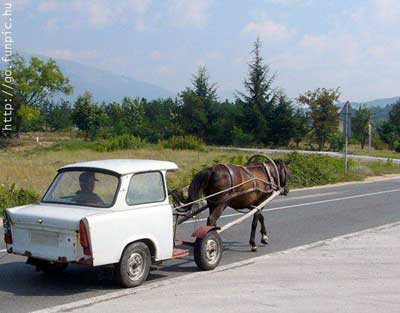