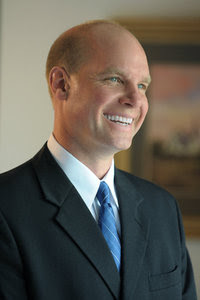 Yesterday, I told you about Matt Connolly and his state senate campaign against Lisa Boscola. He's made an issue out of the mailers that all incumbents, including LV Congressman Charlie Dent, routinely send at taxpayer expense.

Legislators justify this as a way of communicating with and informing constituents. But they are often criticized, especially by challengers, as blatant self-promotion. During his news conference yesterday, Connolly released this statement:
"Pennsylvania right now is undergoing yet another budget shortfall. Our elected officials look high and low to find waste in programs and departments, but never seem to look at themselves. One such area of spending that serves no one other than the official in question is taxpayer funded newsletters and self-promotion pieces. My opponent, Sen. Lisa Boscola (D), has been printing and sending multi page, 4 color mailers since she entered the senate 11 years ago. Add to that the many birthday cards and other items sent on the taxpayer dime and it all adds up to a greater deficit. Our officials must use their own money for things that promote themselves and are of little or no value to their constituents. As your senator, I will introduce legislation that will limit the total budget for communication mailings within a district. Simple black ink on white newsprint will suffice. The glossy mailers may be printed on recycled paper, but are not recyclable, like magazines. They just add to the landfill. Many of them are quite extravagant – not done by some in house staffer but a real professional. What does that cost us? In her last 6-page mailer, there were 8 pictures of Mrs. Boscola yet less than one third of it had any real information that would help taxpayers. Our officials need to remember that they work for us and have to spend our money in a way that we approve, not that makes them look the best.

"I respectfully ask Sen. Boscola to refund to the taxpayers from her large re-election fund the cost of the entire amount of last term's mailing and other non-citizen communication to the general fund. The commonwealth needs it and with $177,000 in her campaign war chest she can certainly afford it. The taxpayers must come first."
Posted by Bernie O'Hare at 6/25/2010 12:00:00 AM

Good for him, he is right!

I am so glad to see someone challenging Lisa Boscola. She maybe well known, but she is not a great legislator.

he's toast. if this is the best you have to run against an extremely popular incumbent... it was over before it began.

I love Lisa Boscola. And, I am a democrat.

Is he still in charge of sending out all the Charlie Dent taxpayer-funded campaign-shit-disguised-as-updates-on-what-a-great-guy-Charlie-is?

Matchmaker of Black Pots and Kettles