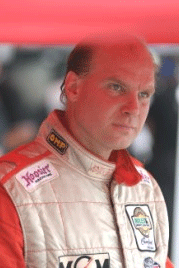 His name is Matt Connolly, and up 'till now, he's used to racing with GTOs and Porsches at Matt Connolly Motorsports.

Now he's in a completely different kind of race against the Porsche of Lehigh Valley politicians, state senator Lisa Boscola. Today, he's hosting a news conference at The Bethlehem Rose Garden to complain about Boscola's frequent constituent mailers, paid for at taxpayer expense. He'll be introducing legislation to ban them.
Connolly claims he was inspired to run while volunteering for Charlie Dent's 2008 re-election.

Matt might be surprised to learn that Congressman Dent sends out informational mailers, too. Here's what he said when I asked him about it in 2008:

"Well, if I could have the media publish this information, that would be great. but they don't. A lot of my press releases are ignored, so this is one of the few ways left that I can communicate. By the way, we keep limitations on how much franked mail we send out. I have returned $200,000 in federal funds from my MRA. I run a frugal office. We don't spend a lot of money on a lot of frills. But we do feel that, from time to time, it is necessary to send out an informational mailer."

Boscola could easily make the same argument. Unfortunately, I will miss his news conference and am unable to ask him whether he ever raised this issue with Dent.

I think we know exactly how this is going to go

"Well, if I could have the media publish this information, that would be great. but they don't"

That's code for "they won't be my shameless mouthpiece so I'll spend taxpayer dollars on glossy materials. If the media won't tell taxpayers how wonderful I am, then I'll use taxpayer dollars to tell them."

Funny thing is, that taxpayers know is wonderful and who isn't. If politicians did more listening and less talking, then they might really understand what voters want. Instead, they send mailers telling voters what the politicians wans them to hear.

Jon, I must be getting old. I saw that movie and still have no idea what you are trying to say.

If Connolly isn't careful, Boscola will powershift his gear knob. She is very good at that.

If you want to make a comment like that, you're going to have to identify yourself. It's funny, but inappropriate.