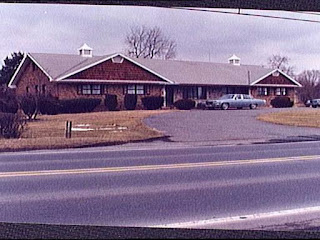 "I already live two doors away from one group home and they're going to put a second group home just two doors from that."

That's how Hanover Township resident Joe Janowski feels about a group home proposed by Moravian Development Corporation, partnering with Northampton County, at 3925 Airport Road. Janowski is just one of eighteen people, from concerned mothers to senior citizens, who crowded into a tiny meeting room to voice their concerns last night.
Northampton County Mental Health Administrator Kathleen Kelly told supervisors that the County is partnering with Moravian Development to establish a supported housing program for four county residents as well as two short-term guests. In response to questions from Bethlehem Attorney William Matz, Kelly stated that the group home is for people who suffer from mental illnesses like depression or bipolar disorders, but have no drug or alcohol addictions and no criminal record. "These are individuals who are very capable of living in the community," she stated. She added that the home will be staffed by two "highly trained and skilled mental health professionals" during the day, and one at night. She indicated the home would be funded by the state, and is one of about thirty similar group homes throughout the County.

Stephanie Anthony, a mother of two who lives near the proposed group home, told supervisors that "we already have a group home behind us, and it gets awfully rowdy." She later told me, "We see the cop lights behind our house almost every night."

Neighbor George Werkheiser noted a nearby playground and worried that some residents might "roam" there. That concern was echoed by Supervisor Stephen R. Salvesen. In a booming baritone, he spoke of a person from another group home, "wandering neighborhoods at odd hours of night and peeping into the windows of residents."

But Kelly assured everyone there would be "no roaming" because that behavior only is exhibited by people suffering from "cognitive disabilities."

Supervisor Glenn R. Walbert, chairing in the absence of John N. Diacogiannis, wanted to know what would prevent the County from changing the kind of resident once approval is granted. "What prevents it from becoming a treatment center?" he asked. Attorney Matz assured Walbert that Hanover Township's Zoning Ordinance prevents that from happening.

Solicitor James Broughal told residents and supervisors that the Fair Housing Act requires that group homes be treated like any other residence. "You could have 100 group homes in your neighborhood and there's not a lot we could do," he warned.

An exasperated George Werkheiser retorted, "We give rights to one group of people, take them away from another and then we have to pay for it." But Broughal remained adamant that "we cannot treat this application any differently than any residential request."

Hanover Township Supervisors will vote on the conditional use application on July 14, and Moravian Development's David Roth told Supervisors he'll seek the necessary permits about three weeks after the application is granted. He also told residents that the property will remain on the tax rolls.

Blogger's Note: Despite the obvious public interest, I was surprised and saddened that there was no coverage from the two daily newspapers. Supervisors thought I was there for an Eagle Scout proclamation, but Solicitor Broughal blew my cover.
Posted by Bernie O'Hare at 6/23/2010 02:30:00 AM

This is the arrogance of government as personified by Ms. Kelly.

Group homes are everywhere and are lucrative businesses. With the closing of State Hospitals and mental wards in regular hospitals, these neighborhood facilities are the only places for people with mental problems or other issues. Hanover Township should get used to it. Go into any community and you will find them everywhere. Get used to the Police and EMS lights too. These places do draw the need for services more so than the typical one family home. If you want to complain, call CHARLIE DENT'S OFFICE OR SPECTOR'S OFFICE!!! These places are protected by federal law. If a local borough or township is not careful, they can end up being sued by the Justice Department and could be bankrupted.

Amazing how much a "partnership" with the county will change how a municipality, but particularly Hanover Tp., views an applicant. If you're an individual applicant, you normally face a running of the gauntlet for any Tp. approval. But if you have the county backing, suddenly the Tp. takes something akin to a rubber stamp approach.

Hanover Tp. DOES have a preponderence of group homes. I wonder if there is any Bing or Google search that can be done to locate them? Likely not. However, I'd love to see how Hanover compares with surrounding communities in accomodating group homes.

"This is the arrogance of government as personified by Ms. Kelly."


ABSOLUTELY. why can't these homes just be put in neighborhoods with the poor people and minorities?

I'm not in social services but when I was in college I worked in a mental health group home. The biggest misunderstanding people have is that recovering mentally ill people are dangerous. They are usually only dangerous to themselves if they are off their meds or they get a relapse. Being depressed or not wanting to live or get out of bed and eat or do chores was the worst I ever saw. No one ever was tempted to go on a rampage and attack the neighborhood.

Perhaps the authors of these posts need to read the Fair Housing Act.

This is the arrogance of government as personified by Ms. Kelly.

WTF is this supposed to mean?

Kelly seems to be a public servant helping people in need. How is she arrogant or a personification of "government" - whatever that means? You sire, are a nitwit.

Dor what it is worth, I detected no "arrogance" by anyone at last night's meeting. The comment making that claim was posted at 2:42 AM by someone who has an axe to grind against NC.

I believe both sides stated their cases well. Mothers with small children do have legitimate concerns based on their excperience with a group home that already exists in that neighbrhood. Ms. Kelly did a decent job rebuffing those concerns.

During the hearing, Mr. Salvesson showed a list of group homes that already exist in hanover. If I were smarter, I would have asked for a copy. From where I was sitting, it looked like about 5 homes are already in Hanover Tp. Sop this is not really a case of suburbanits trying to shove these types of homes in poor or minority areas.

Having said that, the Fair Housing Act is very clear and HUD attorneys will sue townships who play any kind of games with group homes. This will be approved. Township supervisors have suggested some conditions, which seem reasonable and agreeable to the county, like guidelines for the behavior of people at the home.

NoNoNoNoNoNoooooooooooo .... not in my backyard!!!! Anywhere but my very white, very upper middle class, suburban neighborhood!!!! I moved here to get away from all of this. Our way of life will be destroyed!!!!!


Or maybe the whole thing gets approved and nothing really changes.

For about two and a half years I worked in a community-based program for adults with severe disabilities. Several of these individuals had lived a good part of their lives at Pennhurst before it was closed. So I do understand the issues of human dignity, and societal responsibilities--though it becomes societal because of families who are unable or unwilling. Some of these individuals with disabilities do require much care and supervision. Some can learn tasks for low-skill employment. Again, they are people and I understand the dignity/humanity issues. Animals are treated better than some of these individuals have been.

That said, I remember some individuals that I did not really believe were appropriate in the community for health/safety/welfare of the larger community. I'll refrain from breaking probable confidentially and telling stories. Also, as the Commonwealth has closed facilities (A.S.H. being the latest) the past twenty-plus years these individuals are placed into group homes....but not necessarily with the resources following them to live up to the noble thought. Also, with the closing of facilities, there are some individuals that ARE at times a risk to themselves, their staff, and their neighbors, and the police become by extension on-call "orderlies" (even for the "for profit" homes) at the local tax payer's expense.

The spirit of the original Fair Housing Act, (much as IDEA does with schools) has over-compensated, and a lawyer and a lawsuit await those who challenge someone's "right" to services (not that the resulting cost-benefit necessarily improves the long-term lives of individuals). The rights (and wallets) of the majority of citizens at that point becomes secondary to the protected class of citizens.

The Fair Housing Act is anything but fair and needs to be changed.

Let's face it, these people are having the equivalent of a business put into their residential neighborhood. There will be paid staffers arriving and departing from the "home". The home will be owned by people who aren't living there - typically businesses with little interest in the neighborhood other than exploiting the neighborhood's ambiance for their own material gain.

Solicitor Broughal's comment that "You could have 100 group homes in your neighborhood and there's not a lot we could do..." is both telling and sadly true. The neighbors usually wind up fighting for their neighborhoods against deep-pocketed businesses with ample funding for teams of lawyers.

People should have a right to expect that the residential neighborhood they live in is protected and should also have a say in the way a neighborhood changes/develops.

Group homes are big business, and the fact that 100 of these homes could be placed into a neighborhood without the neighbors having any recourse is simply unfair.

Most of those living in the neighborhood probably have the bulk of their lifetime earnings invested in where they live. Allowing their neighborhood to (potentially) be stolen from them - without any recourse - is unfair.

A previous poster had it right - contact Charlie Dent's office, Specter's office, Casey's office and anyone else who will listen at the federal level. Ordinary homeowners deserve some "rights" as well.

I am not saying no to all group homes - just that there needs to be some balance in the equation.

I love comments from those who want the clean and safe suburbs reduced to the lowest common denominator of the shitholes they crawl from. What's wrong with a nice, safe neighborhood? You wish you had one and are directing your frustration at wishing for others to be as miserable. Your neighborhoods were lovely at one time. You should have done better to protect your quality of life. Put more effort into cleaning your own yard instead of traveling to the suburbs to trash theirs.

We are all expected to pray to the great grey urban socialist god.

I have deleted an anonymous comment from a coward who is actually suggesting violence against Hanover Tp residents. This blog welcomes different opinions, but that's disgusting.