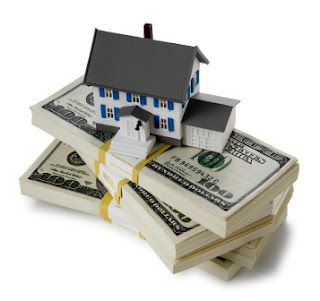 Northampton County's real estate market is depressed, having declined forty-six per cent over the past five years. In the first two months of this year, things actually got worse. February was the worst month on record since 1983. But do I see light at the end of that tunnel? There were modest increases in March (10%) and April (6%) over the same periods last year. In May, there was an explosion.

According to Northampton County's real estate records, there were 567 deeds transferred in May. That's a 21% increase over the same period in 2009, the biggest monthly increase this year and the third month in a row that deed transfers have gone up.

Before popping open those champagne bottles, last month is still 38% below the average May over the past ten years. Also, 37 of the 567 deeds recorded, or 6.5%, are the result of mortgage foreclosures.

But we have been going in the right direction for three months, and that's a good sign.

Really appreciate your reporting on this issue. My $.02 would be that the increase in deed transfers may be attributable to the home buyers' tax credit, which expired at the end of April, but would still relate to deeds (i.e. actual transfers of property) through June (I think the sales have to close by July 1). And as you pointed out, it's up from 2009, but still down overall comparatively.

Has anyone else noticed much less contruction vehicles on the roadways this Spring? Not public roadcrews, or maintenance vehicles, but actual construction equipment and vehicles. I've certainly notices the absence of the contractors and subs during a season where they would normally be out in full force.

Tax credit expired, contracts needed to be signed by April 30, closing by June 30. My friends in the mortgage biz say it is mostly that. So, look for another good month before it turns back.

A lot of debt was put on our kids' backs for that program, to get a little bump and bit of good press for teh Won.

Good observation. The truck and truck equipment industries are in an historical recession. One-ton platform sales (e.g. Ford F-550), the kind used for contractor dumps and utility vehicles, are directly related to housing and construction. They are almost non-existent. These sales hit a brick wall in mid-2006 and have not recovered. Industry insiders don't expect improvement in the foreseeable future. And nobody expects to see '04 and '05 volumes in this lifetime.

My understanding by professionals in the field, In LC May sales dropped off the cliff as the first time home buyers tax credit expired end of April.