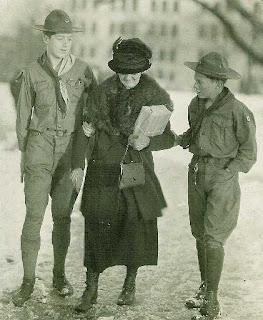 LV Congressman Charlie Dent has come under fire for his TARP vote, supported by both Obama and McCain, to bail out our troubled financial industry. What you probably don't know is that Bethlehem Mayor John Callahan, who has been fanning the flames, was engaged in a Wall Street Bailout of his own. This is the latest disturbing story from the Dent camp, which reads more like an investigative news report than the usual campaign chatter.

Voters in the Fifteenth District will be reminded that John Callahan helped Wall Street friends at the expense of taxpayers. Callahan interfered with an independent city authority’s attempt to save money through a bond reissue, and in doing so Callahan cost city taxpayers more than $1.5 million.
Charlie Dent for Congress will be sending out a telephone message about a 2004 incident in which John Callahan demanded that the independent Bethlehem Water Authority suspend a bond issue that could have saved the city $3 million to consider a bid from Callahan’s preferred Wall Street firm, Merrill Lynch.

The facts: In 2004, the Bethlehem Water Authority board was prepared to authorize a refinancing of a bond issue, having worked for months to open bids to underwriting firms that would float the bond issue. Under the leadership of Chairman Ron Donchez, the Authority was looking to recapture more than $3 million in savings. Donchez, a respected community banker who had served the Authority through four city Administrations, had been appointed by Mayor Ken Smith and promoted to chairman by Mayor Don Cunningham.

But Mayor John Callahan intervened in the Authority’s plan. Despite the fact the Authority is independent of city government, Callahan demanded a stop to the bond issue so he had time to “review” it. Donchez would later tell Bethlehem City Council that he met with Callahan but the mayor never discussed a “review”; instead, Callahan attempted to coerce the Authority to accept a bid from Wall Street firm Merrill Lynch. Callahan even insisted the Authority consider a new financial adviser and bond underwriting counsel, which raised eyebrows.

After Callahan insisted on THREE bids, Merrill would finally receive 15 percent of the work, along with two other firms that had already secured bids in the competitive process (and Mayor Callahan would still complain that Merrill should have received more of the business).

But the costly damage of Callahan’s delay was done. The Authority had estimated it could save taxpayers $3 million with the refinancing had it gone through on its original timeframe. With time lost until Callahan’s demands were made, the markets turned and the refinancing yielded only $1.35 million – a loss of more than $1.5 million.

Donchez acknowledged he had tried to accommodate Callahan as much as possible, but eventually called Callahan on his interference and offered to resign the Authority board. In return, Callahan called Donchez an “f---ing Boy Scout.” Callahan would later claim his phrase was meant to “pay a compliment” to Donchez’ reputation for integrity (of note, nobody ever called Callahan that).

Callahan claimed it was a “miscommunication” between him and Donchez (which apparently lasted several weeks), but he also admitted: “Yes, I wanted Merrill Lynch to have an opportunity to bid on this refinancing. I do know the underwriter.”

To try and get work for his friends and supporters in the financial industry, Callahan cost the city more than $1.5 million in savings. And when confronted by an individual who was looking out for taxpayers, Callahan mocked him.

“This is yet another example of Callahan’s style of politics and mismanagement – coercion, cronyism and poor judgment,” said Shawn Millan, campaign manager, Charlie Dent for Congress. “Callahan stood up for his friends and political supporters, tried to silence those who wouldn’t give him his way, and left the taxpayers and water customers on the hook for his costly mistakes.”

There's no question about it; Charlie Dent has my vote for next mayor of Bethlehem.

Callahan's a lightweight, but his $1.5M makes him a piker next to Charlie's breathtaking blunder.

The good news is that Charlie's defense of "he blew money, too!" is an admission of his TARP vote disaster.

Just last week, his minions were selling the wonders of TARP. At least they've made a course correction. Although I'm not sure, "we're both assholes!" was supposed to be the new message.

"There's no question about it; Charlie Dent has my vote for next mayor of Bethlehem."

Right, because Callahan is crapping into the hat on the job -- and so you want to promote him to Congress.

Good point - on the top of your head.

Callahan has his group of "Bethlehem Politicos" that advise him on everything.

"The good news is that Charlie's defense of "he blew money, too!" is an admission of his TARP vote disaster."

You cant fool us with this weak diversionary tactic just because your Congressional wannabe candidate is having his record exposed.

At least there was one thing you said that was true, "Callahan's a lightweight".

so....callahan demanded that they get at least three bids, and this is somehow a bad thing?