Callahan: Dent Made Right Call To Vote Against Cap and Trade 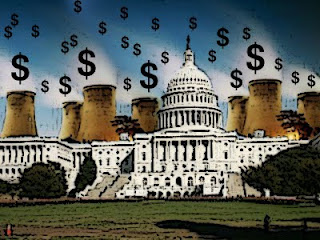 When LV Congressman Charlie Dent voted against the controversial “cap and trade” bill that narrowly passed the House last year, his vote was based on the reality that this will kill Pennsylvania jobs while simultaneously increasing Pennsylvania utility bills.

At the time, three of Pennsylvania’s five Public Utilities Commissioners warned the Pennsylvania Congressional delegation of skyrocketing energy costs as well as the loss of 66,000 jobs. (Letter is below).

PUC Letter re Cap and Trade
Now this legislation is being considered by the Senate, and The New York Times reports that "cap and trade" could emerge when the Senate and House reconcile two different bills.

So how does Congressional candidate John Callahan feel about this subject? Well, it took him a year, but he has sided with Dent. According to Pennsylvania Avenue, Callahan would have voted against cap and trade just like Charlie Dent. Mouthpiece Justin Schall is quoted saying, "In this economy, we can’t do anything that would endanger jobs or derail the economy."

Bernie--Your headline is pretty misleading. As written it seems to say that Callahan thinks Dent made the right call, but I don't see anything that supports that. If there is, please repost.