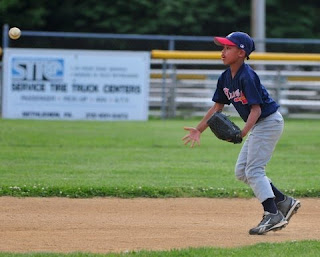 Did you know that Jerry Seyfried, former Northampton County Executive and world-acclaimed archer, at one time played Little League baseball? That's right. He tells me he played with guys like Bossman Joe Long, who developed his waxed moustache when he was nine.

Jerry has forwarded this little known baseball fact, and I want to share it with you.

The first testicular guard (Cup) was used in baseball in 1874. The first helmet was used in 1934. It took 60 years for men to realize that the brain is also important.

Outstanding. I knew Jerry was an athletic supporter.

You need more posts like this that make me laugh.