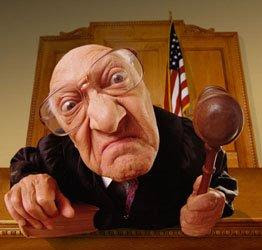 Northampton County Council is serious about cutting county spending. By a 7-1 vote last night, Council rejected a new lease for a magistrate's office in Wind Gap. Under the terms of this new lease, the County would have paid $2,550 per month, or $17 per square foot, to rent office space in what Council President Ron Angle described as "a strip mall off the beaten path."

The property in question, located at 31C West First Street, is owned by Joseph Depue. It is where Wind Gap District Judge Adrianne Masut currently conducts business.
In negotiating this new lease, County-hired appraisers looked at the rents charged by comparable magistrate's offices in Allentown and Bethlehem. County Solicitor Karl Longenbach informed Council that appraisers refused to look at the market value of office space in Wind Gap.
"Do you know what an appraiser is?" asked Angle. "Someone with $3 worth of gas in his tank, a briefcase and an opinion." Insisting that their "manner of valuation is flawed," Angle argued that appraisers should have looked at the rental fees being charged for office space in Wind Gap. "I'm not an expert appraiser, but I'm an expert at dealing with appraisers," concluded Angle.

Echoing Angle's concerns, Council member Barbara Thierry noted that she owns property in that area, and "I can't get anywhere near that kind of money."

In response to a question from Council member John Cusick, Longenbach stated there are no unique security improvements at the site. He also told Council that the going rate for magistrate office space is between $14 and $19 per square foot.

The only Council member to support this new lease was Ann McHale, who stated "I know what we pay in Bethlehem." Council member Lamont McClure was absent.

Longenbach told Council he'd go back to the drawing board, and Council member Bruce Gilbert suggested that Depue could have either a vacant property or one with "conditions that are in our favor."

In other business, Executive John Stoffa advised Council about some cost-saving measures of his own. He will re institute the voluntary furlough program that 20 employees used last year. He is also considering buyouts for some longtime County workers.

Although open space is an item on Council's chopping block, Plainfield Township resident Matt Glennon reminded Council that before last year's election, five of them pledged they would stick with John Stoffa's "pay as you go" open space program. That sets aside a half mill of tax annually for farmland preservation, parks and the purchase of environmentally sensitive land.
Posted by Bernie O'Hare at 6/04/2010 01:40:00 AM

Did Council question Stoffa about the hiring freeze being implemented yet? New job postings have gone up in the past week, so vacant jobs are continuing to be filled. I have also heard Stoffa has not agreed to a hiring freeze yet - he is just 'looking' at the possibility of doing that. I know this is not what the newspapers reported was going to happen, but I have heard this from people who would know what is actually being done by Stoffa.

Off the beaten path in Wind Gap? Isn't that an oxymoron? or at least a redundancy? I've never left Center City Wind Gap before.

That's funny anon 7:30! Matt Glennon from Plainfield is brilliant. Thanks for stepping up Matt.

Bernie,
What are they paying for rental space in Bethlehem?

Nobody stated the actual price being paid in Bethlehem, but it is higher than Wind Gap.

"Did Council question Stoffa about the hiring freeze being implemented yet?"

Stoffa brought it up. He said there are 10 or 11 positions he needs to fill, and will go over them w/ Council, one by one.

Wasn't the place in Bethlehem just condemned a few months ago? Thinks someone is getting ripped off.

I find it hilarious that when the appraisers told the County Solicitor's office that they didn't research property values in Wind Gap, the County was "10-4 good buddy" on it.

Too bad we don't know who the lazy appraisers are.

"Wasn't the place in Bethlehem just condemned a few months ago? Thinks someone is getting ripped off."

I don't know that, but will look into it next week. Thanks.

Sounds like Angle has a grudge against this Joseph Depue. He probably stepped on Angle's toes in a deal or something and the bulldog didn't like it.

If this were one of his properties or one in which he would get his usual kickback, I am sure it would have been renewed.

Keep trying. Maybe one day you won't soud so slimy.

Bernie:
The Magistrate office on Broad Street in Bethlehem was condemned for a short period of time due to the roof leaking badly. Once the roof was fixed, they were allowed to return. I think it took less than two weeks.
Also, if Cabinet members are saying there is not a hiring freeze in effect yet, then that means Stoffa hasn't implemented it, right? Heard this yesterday afternoon at the Government Center. Maybe Council needs to check into this more.
2011 will probably be the worst year financially in the history of Northampton County and something needs to start immediately.

Nobody will be hired right now w/o council approval. Benefits Administrator Bob Lasko retired and must be replaced. Stoffa mentioned that and council will probably go along.. He said there are 10 or 11 positions. Council will review each of them. They are working together, trying to do what is best for the County.

Glennon called it his "broken record" speech. I had not realized that council candidates Cusick, Ferraro, Gilbert, Thierry & Dietrich had all pledged to stay with Stoffa's open space plan.

Bernie this is off topic, and I figured you wouldn't mention this so we can all see another waste of tax payer money by our beloved puppy. I am sure he will appeal and waste our judicial resources and money even further. SCUMBAG!!!!

Ths is OT, but I will be writing about it next week, after I get and read Franciosa's opinion.

"Bob Lasko retired and must be replaced."

Oh really,this person must be replaced? I am sure there is someone or a group of existing persons that could do this positions work. Benefits administration does not require some sort of "expert" employee. Is the County going to start really cutting costs or is it all lip service?

Then come to county council and make your case. It is a highly specialized position, but go ahead and try. I doubt you'll be there. You'd just prefer to take anonymous shots.

Since Lasko didn't do much anyway why is Stoffa replacing him? Stoffa is a lifetime bureaucrat that has no idea on how to cut costs or save money. totally clueless. You are good at running interference for him Bernie.

The Tock, is Back!

Then go to Council and make the case against filling the vacancy, or are you too much of a coward?