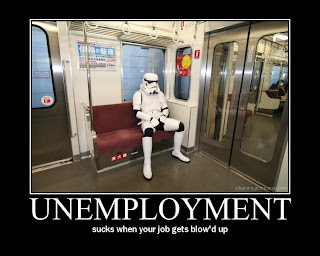 “On the surface, news that over 400,000 jobs were created in May would seem promising. However, discovering the vast majority of new hiring was done by the federal government’s Census Bureau for temporary and low-wage work is disappointing. Last month, only 41,000 new jobs were added in the private sector. Even more troubling is the fact 46% of unemployed Americans have been without a job for 6 months or more, the highest rate ever recorded.

"Over a year after its enactment, the so-called Stimulus bill has clearly done little to spur private sector job growth and has tragically convinced some Americans that stagnant employment figures are something to celebrate.

"If Congress were serious about helping create sustainable jobs, it would embrace an agenda that encourages American businesses to grow. Instead, Washington has spent tax dollars irresponsibly while borrowing profusely, established costly mandates and somehow managed to make the current tax code more onerous, confusing and burdensome. Rather than developing an environment in which businesses feel confident and secure in expanding, these actions have created a tepid economic climate of uncertainty and doubt.

"Every week I visit employers of all sizes throughout the 15th District. At each location, business leaders provide me the same message to take back to Washington: combat excessive spending and borrowing, and resist implementing expensive mandates and confiscatory tax policies.”

What is business but the legitimate pursuit of profit by individuals and or groups through the production of a product or a service provided. Is this supposed to be evil?

If Charlie said this about business then I have some real concerns.Thank god we have a government in Allentown and Washington that really cares about the people.

Did I miss the free kitchen thing? Does anybody know anything about that? I haven't heard anything but might have missed it and lord knows I need one.

95% of Obama's job growth is triple counted census temp jobs. He's not even bothering with smoke and mirrors. Everybody knows his numbers are bullshit.

Still, Obama has created more new jobs in his first year than Bush did during his entire presidency...

Oh yeah? I forgot. Bush? Who? Never heard of him!

So I assume Dent will be voting yes for the President's bill he announced nearly TWO weeks ago? Way to be on top of things, Chuck.

95% of Obama's job growth is triple counted census temp jobs. He's not even bothering with smoke and mirrors. Everybody knows his numbers are bullshit.

Yes, Obama is having a tough time recovering the economy that G.W. Bush destroyed so efficiently.

I sucked as president. But it was Bush's fault!

The Obama legacy includes health care reform and the withdrawal from Iraq. I'll vote for his re-election on those two things alone.

Tell Charlie Dent to support Tier 5 level of unemployment benefits. Tier 5 is for those unemployed and have run out of benefits and who now may desperately need to sign up for welfare to survive. The job market is CRAP!!

Go to Career-Link on Union Blvd in Allentown any day of the week and the place is packed with unemployed people. Lucky if you find a place to park!!

There are approximately 50,000 people in the Lehigh Valley who are layed-off looking for work!!

Well, Charlie is theoretically correct right about creating the right environment that would foster job creation through the private sector.

In practice, however, it won't work because those who control the economy will not take tax breaks and grow their businesses, they will pocket the benefits and worry about the next round of regulatory vengeance when the time comes.

We are in a new and different time, where the stewards of the economy have returned to the philosophies of the Robber Barrons. Take as much as you can, as fast as you can, without nourishing the system which provides the spoils.

I love capitalism. I also love guns. Both are powerful weapons that provide and perpetuate freedom. But, in the wrong hands, they can be supremely destructive.