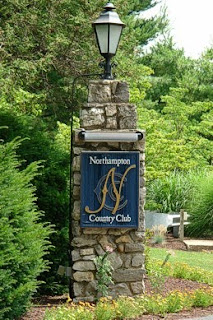 I missed the show because I was with my grandson all day. But it was well attended. Everyone - from Bill White to Sarah Cassi to WFMZ - was there. But none of these sources mentions something the Bulldog himself observed. It was probably no big deal to them, but it bothers Angle. About six court employees - law clerks and judges' secretaries who refused to identify themselves - were in the audience. They certainly had every right to be there. They also had no obligation to identify themselves. Perhaps they even skipped their lunch break on a Friday afternoon just to listen to Ron's pearls of wisdom. More likely, they were there because the unbiased Court Administrator wanted them there.

Of course, no actual judge attended. Not on a Friday afternoon. They're too busy working out of their NCC "home offices".

Angle's question? If six judicial employees have time during the middle of the day to attend one of his news conferences, could the Courts really be as busy as they claim? Angle has previously called for a 5% reduction in all departments, including the judiciary.
Posted by Bernie O'Hare at 6/14/2010 12:01:00 AM

Will every Department including General government and the Controller get the cuts and scrutiny that angle threatens?

County Council approved pay hikes for many officials and they approved a slew of new jobs for every department. Will they rescind all that as well?

It seems like Mr. Angles comments to staff is more of a threat than good government.

Yeah, how dare the Council Prez wonder why county workers are not doing their job!

"Yeah, how dare the Council Prez wonder why county workers are not doing their job!"

Paint with the widest brush you can find. It is the exception, not the rule, in government when you find even one that could perform above the level of Mickey D's crew leader in a merit based environment.

"BO, I'm sure you meant to say some county workers."

You are correct. Most county workers are dedicated and hard-working,

All county workers are hard working and dedicated except for those Ron Angle says are not. that is Bernie's motto.

Stoffa and Angle have already cut the deal. 5% of all county employees will be laid off.

5%? I doubt it, more like 50%. When Stoffa sells Gracedale, with Angles help, half the county employees will be thrown to the wolves along with the Nursing Home residents. Some say it is an inside deal with Stoffa supporter and benefactor Abe Atiyah. We couldn't believe it when we heard but apparently Stoffa has already made up his mind and we and Gracedale are history.

No, I reported that here. But there is a big difference between that and the claim that 45% of the couty workforce will be given its walking papers. That is anonymous disinformation, conveyed tyo alarm people unnecessarily and for political purposes. It has already been decided to reach this goal via attrition.