Makeshift tents made the courtyard between Bethlehem's public library and City Hall an obstacle course on Wednesday night. But for two business owners and one Center Street family, it was worth the trouble. Bethlehem's Zoners unanimously granted all three appeals. 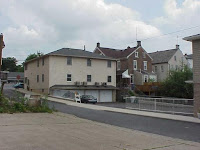 Nick Bozakis, owner of the popular Nick's Pizza on Main Street, also owns a four-family dwelling at nearby 813 Main Street. Seven years ago, he decided to build a four-bay detached garage on the property, as well as an apartment on the second floor. He submitted a plan called "Bozakis Apartments", and was granted a building permit for the garage. Nobody realized that the second floor apartment was omitted. Then Bozakis obtained plumbing, electrical and mechanical permits for the second floor apartment. All the work was inspected and approved. It was only after all these improvements were completed that he discovered that he never actually had a green light for the apartment. As a result, he's had an empty apartment for the past seven years.

Allentown Attorney James Prescott, representing Bozakis, told zoners there had been "missteps" by both sides, and Zoning Officer John Lezoche conceded a "blunder on our part." "We should not issue permits for any other trades until a building permit is obtained," he admitted.

ZHB member Ken Kraft put it like this: "You're here for a variance to do something that's been done for seven years."

Solicitor Mickey Thompson noted this is a "lost in translation" scenario, and zoners quickly granted Bozakis the variance for that second floor apartment.

Zoner's second request came from Gregory Berger, represented by Bethlehem Attorney James Holzinger. Berger operates a three-bay auto repair business at 746 N. New Street, where he employs three mechanics and a secretary. He was before the ZHB ten years ago, when he first bought the business as a combination gas station and auto repair shop. Bucking the usual trend, Berger sought and obtained permission to discontinue gas sales. Now he wants to expand his business 49.7% so he can add an additional two bays and allow mechanics to work inside. One of his neighbors appeared to compliment Berger's quality work. Zoner William Fitzpatrick told Berger, "It's nice to hear that some of these people are good neighbors to you."

Berger left the meeting room knowing that his appeal had been granted. 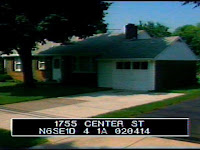 The final application considered by zoners was Jan and Helena Hudsky's request to convert an existing three-season porch into a family room at 1755 Center Street. Before the hearing, Jan Hudsky told The Bethlehem Press that he is originally from Slovakia and his wife is native to the Czech Republic. As a boy, he could see the orange glow of Dresden burning during the fire-bombing of WWII. Asked how zoning here compares to Slovakia, he said, "If you need a garage, you just build it."