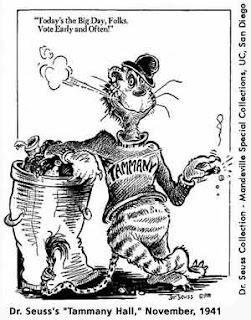 Last Spring, Northampton County's Bar Association evaluated judicial candidates for the first time in over forty years. The reason for this unusual timidity by lawyers can be summed up in two words - Michael Franciosa.

It was 1966 when then Bethlehem Attorney Al Williams, Jr, ran for judge. In those days, there were only two other county judges, and it really meant something to be elevated to the bench. Williams' opponent was Easton Attorney Michael Franciosa.
During the election, Williams received a higher bar association rating than Franciosa. This led to sour grapes - charges of anti-Italian and anti-Easton bias were hurled back and forth. Things were so acrimonious that the bar association really hesitated before evaluating judicial candidates again, and even now, it remains controversial among lawyers.

Franciosa had to wait until 1970 before his Ascension into the judicial heavens. What his official biography fails to tell you is that, to increase his visibility, Franciosa was elected "treasurer" of the Northampton County Democratic Committee. That's when real political bosses like Justin Jirolanio ruled the realm. Lots of money, in paper bags, went to the polls on election day. Completely legal, too.

One of the runners who grew up in that machine atmosphere, on Bethlehem's south side, is DA John Morganelli.

That's just another reason why it's hard to accept Franciosa's denial of bias in the politically-motivated quo warranto proceedings against Northampton County Council Prez Ron Angle.
Posted by Bernie O'Hare at 6/14/2010 12:02:00 AM

You are making a claim that a sitting judge was a "bagman" for a Political Party. You are alluding to a criminal act, can you back it up?

So by your reasoning Steve Barron should be watched with suspicion because when the Long Democratic machine came to power he was handpicked as the treasurer. He signed the Severson checks, right Bernie.

Is one "bagman" more moral than another? Or in your world does it depends on who you love and who you hate. Or who makes Angle obey the law.

I specifically state that whatever Franciosa did was completely legal. Learn to read.

So Franciosa, Morganelli and Barron legal "bagmen" for the Democratic machine. gotcha.

bo will say or do anything for his boy ron

That's the problem the inside boys take care of each other. Each one of them should have a Republican opponent.