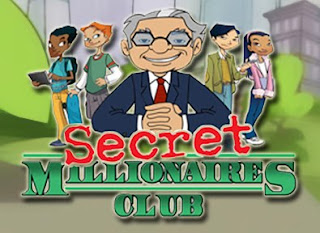 This time last week, I told you the proposed LV Health Bureau is in serious trouble. As Dr. Percy Dougherty, who chairs the LV Health Commission, observed, "it is definitely on life support." Public health advocates were disappointed to learn that money or services from foundations or hospitals are considered "gifts" that fail to qualify as local money for purposes of matching state grants.
In a June 3 email from LC Exec Don Cunningham to NC Exec, we learn that the LV Health Bureau wants $650,000 annually from each County:

"Bob Black [from the LV Health Board] says that you've committed Northampton County to $650,000 a year for five years to support a bi-county health board. Obviously, he is now asking for the same commitment from Lehigh County.

"I'm confused by this because at last week's meeting you said you didn't think creation of the board would pass at any amount in Northampton.

"Please advise a) if you've made a commitment to go public with a $650,000 contribution, and b) if something has changed politically with Council and you now think it has a potential to pass at that amount.

"Please get back to me today because Bob Black intends to present this information to the Lehigh Valley Partnership at tomorrow morning's meeting."

What's disturbing about this email, aside from the amount of money being sought from each County, is that Stoffa has never committed a dime. He made that clear to Northampton County Council last night. Although he personally has supported a bi-county health department for the past five years, he believes there is little support for it in Northampton County. So it's a bit odd that Bob Black, who attended last night's Council meeting, would say something different. I have no reason to believe Mr. Black was being deceptive, but have every reason to believe he is wrong.

Another concern raised by this email is the involvement, behind the scenes, of the Lehigh Valley Partnership. Since when do County Executives report to an unelected group of aristocrats? No matter how interested they may be in public health, this unelected and secretive millionaires' club is decidedly unhealthy for democracy. Instead of making presentations to the elected officials who will actually be asked to spend your money, the LV Health Bureau will speak to the aristocracy first.
Posted by Bernie O'Hare at 6/04/2010 12:00:00 AM

Mr. Black is another victim of the Stoffa treatment. He tells people what he thinks they want to hear but in an unclear way. I have no doubt that in private Mr. Stoffa told Mr. black that he would support a commitment of $650,000 a year from Northampton County, without telling Mr. Black that there is in no way in Hell the County council will pass it. That is how Mr. Stoffa makes everyone believe he is on their side at the same time. In serious circles you are either in or you are out. Old Social Worker Stoffa always makes you "FEEL" you are sort of "IN" until you find out you are really OUT.

I don't see how this gets support in Lehigh County. $200,000 seemed like the magic number. It may have gotten 5 votes (Hamm, Hansell, McCarthy, Jones and Dougherty).

There is about 15 million other places in Northampton county that the 650 is needed than to re-create a wheel that already exist with state and local agencies.

is these not for profits were serious about this, they could agree to pay the counties the needed cassh on an annual basis in lieu of taxes. but that would commit them for the long haul, and they ain't gonna do that.

Lehigh Valley Partnership - Do you really want to open that can of worms?

Reminds me of Star Chamber!