Do You Know Where You're Sleeping Tonight? 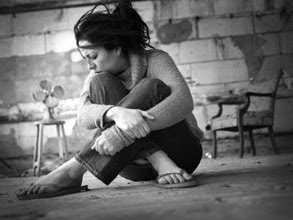 Most Vietnamese transplants I know came here with nothing, having been stripped of all assets before being allowed to leave. Naturally, they distrust authority figures. They tend to keep quiet about crimes committed against them, thinking it will just lead to more trouble. They also tend to think everyone in government is corrupt. They are workaholics. Dat's grandmother often works seventy hours a week. It's a miracle to me that Vietnamese people have the nicest smiles of anyone I know.
At one time, I knew just about every Vietnamese person in this area. I met C**** a long time ago, back when she was still in high school. She had very bright eyes and was actually quite pretty. I remember that, but not much else.

I would have forgotten her completely except that I began seeing her rather frequently at the courthouse. It turns out she dropped out of high school in 10th grade, bounced around between low-paying jobs, had two children and was embroiled in custody disputes and PFAs. She was even at war with her own family. Obviously, she had made some bad choices, and even seemed to sense it deep down, but was unable to help herself.

Every now and then, I'd give C**** $20 so she could get some food or pay off a ticket. Maybe that was a mistake. I did not do it out od any sense of altruism, but because I was afraid that I would jinx myself by refusing to help her. So it was really pretty selfish. As I think about it now, it enabled me to feel good about myself while getting rid of her. Periodically, she'd also call and ask to stay with me for a few days. I've always said No. I live in a very tiny apartment and am set in my ways. Although I am much older than her, I still don't like to put myself in situations where I'd be tempted to do something stupid or put myself in a situation where she could make accusations about me.

I had not seen or heard from her for several years until the last two weeks, when she began calling again. I resolved to blow her off, even when she told me she was sleeping in the streets.

That changed Tuesday. She called to tell me she had recently been raped while with some homeless group, and I went to see her. When I arrived in downtown Easton, she was literally running from some guy who was quite angry. I later learned he is one of her ex-boyfriends and she has been sleeping in his car. He backed away when he saw me, but that's only because an Easton police cruiser was right behind me. They know this guy.

She won't report any sexual assault to the police because she has no "marks" and thinks they'd never believe her anyway. She may even be right. But she couldn't stop talking about it. Something clearly happened. The brightness is gone from her eyes, and she's no longer the pretty young girl I remember from years ago. Instead, she has a hard look, and this small woman is dwarfed even more by several bags she totes with her meager belongings.

I felt pretty shitty after listening to her story, so I let her stay with me. One night. I slept on a chair. I also fed her at a Vietnamese restaurant, and she ate pretty well. She had been carrying two hard-boiled eggs in her purse for a day. One of her fingers is obviously broken, bent completely out of whack, the result of a tussle a few weeks ago with one of her boyfriends.

This woman, the mother of two children, is penniless and homeless.

No question, she's made some terrible decisions in her life. So have I. I'm no shrink and can't fix her, but can't help but think her background is at least partially responsible for her mess.

Today, I dropped her off in town. Then I began making lots of calls to see about getting her help. It turns out two homeless shelters have already kicked her out and won't let her stay there because she won't follow their rules. The Third Street Alliance would not even return my call. But even if they did, there is no room for her. Anywhere. Not one shelter in the Lehigh Valley has an open bed for a woman. Not even a woman who was just raped and is a victim of domestic violence.

Fortunately, the caseworker at Safe Harbor knows all about her. He was crushed when I told him she may have been raped. Turns out he found a live-in job for her somewhere in Easton a few days ago, starting immediately, but could not find her. He told me he'd leave all the information at the desk for her.

Last night, when she called from somewhere to ask to stay just one more day, I passed along the good news.

Whether she takes this job is anyone's guess.

Email ThisBlogThis!Share to TwitterShare to FacebookShare to Pinterest
Labels: homeless

She made her choices. You sleep with dogs, you get fleas!

I feel very badly for her, but there is such a thing as personal responsibility and what usually works with these unfortunate people is tough love , albeit much earlier in their careers of poor decision making. She may well be someone who will spend her entoire life living off the largess of society. In this economy that does not bode well for her. Her last best hope was that live in job sitation, which would have been even better in another state in a new environment.

Thank you for telling the story, Bernie. I'm sure most of us will pray for her safety, her healing and her future.

Sad Story Bernie, thanks for sharing it though, I imagine that there are many of these stories in the Lehigh Valley. There is always hope, I am sure she does not feel that way. I would encourage you to invite her to a church, that is the only place where anguish can turn into real hope and freedom from her past.

This is just awful: A combination of bad decisions and circumstances which she culturally did not understand and could not control.

She obviously needs mental health services. I hope she grabs the lifeline that's been thrown to her.

You didn't mention the children. Are they with her?

Pam, Her children are with her mother. She is not allowed to see them.

Perhaps that's best: No sense seeing three lives ruined when the kids may still have a chance.

It was truly kind of you to try to help. I hope she takes that job.

Pam, I give myself no credit for that.

It is a sad situaton but I can understand why the kids are kept AWAY.

It is possible to help a "tortured soul," and you're brave to try, even if just for awhile. Watch out, though, if drugs/alcohol/mental illness are involved. True, this woman needs a friend, but mostly she needs professional help.

i get really pissed off when people tell me that my child doesnt have enough toys. she has what she needs and appreciates what she has. i get pissed off when people tell me to buy a bigger house with a bigger yard. my house and yard are just right and i would trade my neighbors for anything. i may have the smallest and most outdated house on the planet. i may have the most ugliest house on the block...but at least i have a roof over my head, food to eat, and have love in my home.

one wrong decision could cost you everything. too many people take simple things for granted...things you would never think twice about, but things that many people around the world only dream of, like safety, food, shelter, love, a car, a job, a child, a drink of clean water.

i hope she takes the job and turns her life around. dont judge people. you dont know what unfortunate turn of events got her in the situation she is in today. maybe one wrong decision and you could end up in her shoes one day. homeless. possibly beaten. hungry.

just be thankful for what you have because there is always someone out there who would trade their life with you in a heartbeat.