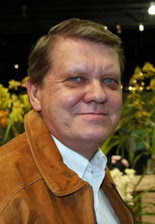 Allentown attorney Rick Orloski, who has his eyes on the seat currently held by State Senator Pat Browne, has challenged the incumbent to join him in seeking to abolish per diem payments made to state legislators. Here's a copy of Orloski's open letter to Browne:

On June 16, 2010, Senator Andy Dinniman (D, 19th) and Sen Richard Alloway (R, 33) have introduced legislation to eliminate per diems for State Senators. Per diems have been used as a mechanism for State Senators to increase their annual salary by asking for an unaccounted daily increase currently up to $169.00 for showing up to work.
Between December, 2007 and October, 2009, State Senators paid themselves $774,700.00 in per diems. Later figures are not currently available.. That amount involves 5,560 separate transactions.During that same time, you charged the taxpayers for 155 separate per diem transactions totaling $17,300.00. That is money you charged the Commonwealth on top of your legislator's salary.

The abolition of the per diem system is something that you and I should be able to agree upon so that it will not be an issue in the November election. I hereby request that you disclose to the taxpayers the total amount of per diems that you have received first as a member of the House of Representatives and thereafter as a State Senator. That information ought to be in the public domain. Please facilitate the disclosure.

In addition, I ask on behalf of the taxpayers of the 16th senatorial district that you join with Dinniman & Alloway in mandating the end of the per diem system in the State Senate. I have read reports that there is a handful of State Senators joining with them, but I could not find anything suggesting that you are one of them.

Finally, as a demonstration of your real commitment to saving taxpayers money, I request that you should refuse to participate in the per diem system and not take any further per diems.

If I missed your press release announcing your support for Dinniman-Alloway, my congratulations. As Senator Dinniman said: "I refused to take per diems because I thought they were wrong. I believe one way you can create change is by refusing to participate in what you feel is wrong." Stop the illegal de facto pay raises using per diems. You should not be paid extra for showing up to work.

Bernie,
Only a slight change in discussion: What is happening with your tipstaff salary revelations?

If the reps and or senators are within a reasonable geographic distance, 75 miles from H-Burg, then they should not get a per diem.

Drive home, sleep in your own bed and get up and do it all over again like the rest of us!

i have no problem with reimbursments but provide some accounting. Mileage, food (when they aren't being wined/dined by lobbyists) and accomodations are reasonable, but provide receipts. None of this unaccounted for crap.

"Well, that didn't take long. She was sworn into office barely two weeks ago, and Rep. Marcia Hahn, R-Northampton, is already holding her first Harrisburg fund-raiser. The freshman lawmaker holds a $250-a-head breakfast this morning from 7:30 a.m. to 9 a.m. at the Harrisburg Hilton."

Nice to know Hahn is working so hard on the budget.

She worked for Dally for how many years and knows the system inside and out, she's simply one of them...

9:05, I'm with you. Per diems, per se, are a way for people of limited means to still participate. But it should never be unaccounted for money. If my state rep stays in a motel, then I think we need to pay for it, but I want to see the receipt.

Amom 7:10, I believe Angle is going to invite Onembo to explain it.

Make the rule accountable, open to all and allow all to play.

I'll "choose / help" the person who can make this happen.

Give me a reason to Written In or Vote for your Platform.

I cannot disagree with Mr. Orloski.

I find it absurd that they get State Cars AND Per Diem to boot even if they do not stay over night. I thought there was some silly rule that if they commuted back and forth on consecutive days, they were eligible for full per diem.

I have less of a problem if they are in session and work long hours, but not for a commuting legislator who shows up at 9:30 and leaves by 3:00.

Maybe the Commonwealth should consider direct bill to the State for preapproved (discounted) rates for select hotels in the Harrisburg area. If meal per diem is provided, it should be for no more than $30 or $40/day. If you want to drink like a fish, do it on your own nickel.

Per Diem is to cover costs associated with official business. It is not a Salary enhancement.

I drive 75 or so miles to work one way and do not get a penny of compensation. Unlike Realtors, I cannot claim my mileage. Maybe the State should consider a tax deduction for commuting individuals for miles in excess of 50 miles one way, especially since there is discussion to raise the gas tax.

Recipts (Actuals) for hotel may be appropriate, however food compensation should be fixed. The last thing we need is a paper trail and series of approvals that cost $50 to pay for a burger and fries.

$169 a day. Does that cover meals and lodging? Seems reasonable for someone from Erie or Pittsburgh.

As a public employee myself, I can't get a coffee reimbursed without a receipt.

the last time these two ran against each other, it was an exercise in civility. This time around, Orloski is putting the screws to Browne, first in response to the ballot challenge and now this. They are legit matters to challenge. Glad Rick is doing so now.

The Per Diem is in addition to transportation expenses.

Does anyone know if consecutive commuting days qualifies for full per diem? That would permit a legislator to bank $845 a week while sleeping in their own bed.

The Federal Per Diem rate for Harrisburg is $103 for hotel and $51 for meals and incidentals.

As in his last race, Rick raises an important issue, but does it with a tone of civility. I'd really like to hear from Senator Browne. I favor retention of some form of per diem, but whatever is spent should be readily available for public inspection on the Internet.

Yes Rick is actually on to something here. Justin Simmons successfully used this issue against Karen Beyer in the primary. The perks are a big issue with many voters who are disgusted with State government. Unfortunately, Orloski can't send his mom to Harrisburg to look up the information and Browne isn't going to hand it to him.

I believe the per diem payments are granted to lawmakers if they report to Harrisburg for any official business (legislative session or committee meeting). I believe per diems are not available to legislators who live within a certain radius of Harrisburg. I do not know the actual distance, but I am certain all Lehigh Valley legislators are eligible to receive them.

Per diems are an interesting concept. I believe they were originally intended to cover the costs incurred by employees who travel while reducing the paperwork and overhead costs for processing expense reports.

As Anon 1:11 points out, the legislative per diems seem to have become a salary enhancer rather than a way to handle expenses efficiently.

What I would prefer to see is reimbursements for actual costs (receipts required), with reasonable daily limits in force. Perhaps $125/day for lodging and $40/day for meals and incidentals (such as Anon 1:26's cup of coffee). I'd also like to see the itemized expense reports available on a web site, perhaps within two weeks of the reimbursement being paid.

Create military style off base housing, and make them all live there (free) so that their salaries can cover the expense of their permanent residence back home. Give them a cafeteria plan during the week. No booze, no extras.

See how many want to make it a career then.

Senator Browne is a good man. Orloski is a joke.