Zero Carbon Neighborhood On Its Way to Bethlehem's South Side 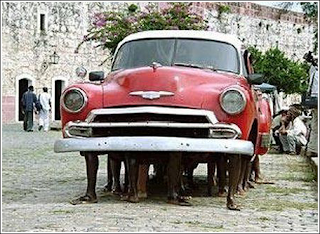 Developer Larry Eighmy wants to bring an "island of conservation and sensitivity" to South Bethlehem, a zero carbon neighborhood reducing emissions by 85%. But before that can happen, he needed a parking variance from the Zoning Hearing Board at their September 28 meeting.

Eighmy's Sycamore Hill Farm Development, LLC, already owns numerous properties in the area, including the Flatiron Building located at 301 Broadway, which has a concentrated solar system on its roof. He's now planning a gastropub, with seating for 140 patrons, at 409 and 411 Wyandotte Street, formerly home to the Globe Cafe.

Represented by Bethlehem Attorney Lisa Pereira, Eighmy testified that "[t]his isn't your average project." Instead of emptying storm water down a drain, it will be used for nonpotable purposes. The restaurant will be powered by a vegawatt, which uses waste vegetable oil to provide electricity and heat. In addition, the solar panels atop the Flatiron building will contribute to energy needs. A variable refrigerating system will be employed, and Eighmy has plans to introduce a car sharing program on site to reduce driving needs. There's no parking at the proposed site, and no on-street parking in that area of Wyandotte Street. Fortunately, Eighmy owns 6 parking lots and garages adjacent to the proposed gastropub, with 91 spaces available for use.

According to Martha Popichak, who owns 417 Wyandotte Street across the street, that's not enough. "We have our own hardship," she explained, noting that it is very difficult to find parking in that area, and that a gastropub with a 130-person capacity will only exacerbate that problem. Although she complimented Eighmy's proposal as "worthy plan," she told zoners that "you cannot forget the rest of the neighborhood." She noted that she's already lost two business tenants at her Wyandotte Street property because there's no place for customers to park.

Popichak told zoners this parking problem started when a parking lane was removed from Wyandotte Street. She added that, despite a 2008 City Council resolution calling for the parking lane's return, nothing has happened.

While zoners deliberated, so did Popichak and Eighmy. They agreed to lobby City officials for a return of the parking lane. After zoners voted unanimously to grant Eighmy a parking variance, member Bill Fitzpatrick suggested that Eighmy and Popichak get together with neighbors to "do something about that parking lane."

more bleeding heart liberal BS. the unions will piss and moan if they don't get the jobs