Was Gilad Shalit Deal Worth It? 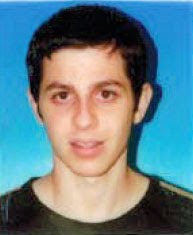 Before I go to bed at night, I tune into to BBC. I like its focus on international stories that are never covered in this country. Sure, I fall asleep after about three minutes, but I'm a great believer in osmosis.

Monday night, BBC was going nuts over the impending release of Gilad Shalit, an Israeli soldier abducted by Hamas in 2006 cross-border raid. What was disturbing them was that, to get Shalit, Israel had to return several known terrorists.

One of them, Ahlam Tamim, is the woman who drove a suicide bomber who killed 16 people who were sitting in a restaurant.

When told that her attack had killed children, the woman smiled, according to the BBC report.

So was this deal worth the cost?

“The release of Israeli Army Sergeant Gilad Shalit, though long overdue, is welcomed news in Israel and the United States. Five years of separation from his family and friends, and what has undoubtedly been a painful disruption of his young life, have finally come to an end. I am extremely happy Gilad has been reunited with his loved ones and once again has the ability to live an enjoyable and productive life.


“While we celebrate the release of this young soldier, we must remember that his negotiated return coincides with the release of over 1,000 Palestinian prisoners, including many members of Hamas connected to attacks against the nation of Israel – a stark reminder that the Israeli people remain under the constant threat of terrorism. I am optimistic today’s agreement, under which both the Israeli and Palestinian people can feel their interests were met, will facilitate better cooperation among the two parties and inspire greater hope that peace in the region can ultimately be achieved.”
Posted by Bernie O'Hare at 10/19/2011 12:00:00 AM

as the skinny, malnourished, pale and gaunt (compare him yesterday with the photo in this post) was forced to speak in egypt yesterday, israel was releasing plump, healthy prisoners. why would israel agree to such a trade? in israel, everybody serves in the army. shalit is everybody's son and brother. although israelis know that some of the released prisoners will return to kill more jews, and the trade will encourage more soldiers to be captured, israel will always protect it's citizen/soldiers.

One human life is worth the lives of a million murderous dogs who bomb innocents and fly planes into buildings. It's time to put the bullets away and shoot the freaks with pigs blood - thus denying the 72 virgins program.

Those terrorists are bummed out when they get to heaven and the virgins are men.

jews are so stupid - a 1,000 terrorists for a stupid soldier that got caught with his pants down. death to the jews and the arabs

let's just stand by and let the jews, palestinians and arabs annihilate each other. who cares as long as we get the oil

Israel send us thousands of engineers every year. Since we're too stupid and no longer attempt scientific math, we should be grateful. We're too busy carrying signs and looking for freebies.