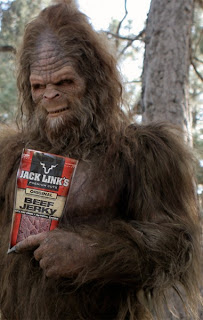 In one of the many ironies of local government, Northampton County Council will soon almost certainly grant a TIF to Charles Chrin enabling him to develop over 600 acres of pristine farmland in Palmer Township. But at the same time, the County will spend $3.7 million for open space next year, at least under the 2012 Budget as proposed.

Executive John Stoffa is sticking to his commitment to open space, one which is backed up by a 2007 half-mill tax hike when Stoffa was first elected. He'll spend $2 million for farmland preservation, $1 million for environmentally sensitive land, and $700,000 on County-owned parks.

"People have complained about the condition of our parks," Stoffa noted. "We have an obligation to keep them in good stead."

Stoffa is particularly proud of an innovative program under which the County and Townships like Moore and Plainfield pool together their open space, which leads to a larger matching grant from the state. Stoffa credits both Ron Angle and Farmland Preservation Adminstrator Maria Bentzoni with this program.

This year, instead of hearing the Nature Conservancy's Ellen Lott claim that she speaks for the trees, Bigfoot will come down from Upper Mount Bethel Township and mark his territory.
Posted by Bernie O'Hare at 10/03/2011 03:41:00 AM

Exactly - you can save a lot more open space by not approving the TIF than you can by directly paying for farmland and parks. And shooting down the TIF is likely much closer to what voters had in mind when they approved open space.

The better way to do this would be a transfer of development rights.

With a TDR, Chrin agrees to sever the development rights for x square feet of office and retail space from his title. He retains ownership of the property but not the right to develop. The development rights are sold to another developer who wants to build in an already-built up location, preferably the city of Easton.

It's a win-win: Chrin gets the money from the developer, not taxpayers, and that land stays farmland forever. The other developer gets to build x square feet of office and retail space somewhere else - preferably one of the older core cities.

That Palmer farmland stinks of diesel pollution from 33. The din is 24/7 and loud. Pristine is a bit of a stretch. Don't some Indians own the parcel anyway?

I go by it all the time. It is very quiet in most areas, is excellent arable land, and the claim by heirs of Tatamy was rejected in Court. But it will be developed. We can't force people to continue using farmland as farmland, except in Lower Mt Bethel.