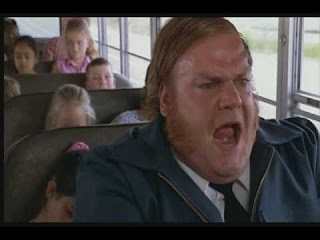 LANTA's CFO, Melissa Gemelli, took a beating at yesterday's County Council budget hearing. The LV's public transit system is asking Northampton County to fund $407,000 of its $24 million budget next year. In fact the County money is leveraged to get more money out of the state and federal governments. But questions about the bus company's budget are bothering Council President John Cusick and member Ron Angle.

Cusick was concerned that the budget shows that 85-95% of the wages paid to LANTA employees are in the form of fringe benefits. When Gemelli claimed the real figure is closer to 50%, Angle disputed her assertion.

Cusick was also troubled that nearly $750,000 has been set aside for undefined service extensions. Gemelli conceded she does not know where these extensions of service will be located or their actual cost, which led Cusick to deride the amount as a "placeholder." He indicated that, at least at this juncture, he opposes "appropriating a pot for someone to dive into and get out as much as they can."

Angle was bothered that $12 million is set aside to pay the wages of approximately 125 bus drivers. That is the equivalent of roughly $100,000 per year for each bus driver.

"We're going to give a 10% tax increase so you can pay a regular operator just shy of $100,000 per year?" he asked. "How do we tell the guy who pays the tax bill that we're supporting this when he has no fringe benefits? You people in the public sector have to understand how people in the private sector are living."

Email ThisBlogThis!Share to TwitterShare to FacebookShare to Pinterest
Labels: LANTA

People who need transportation have their services cut because drivers are paid two and a half times the national average. Thanks, unions. I guess you don't need to ride the bus with that kind of scratch in your pockets.

Bernie
What is the real budget? What is this woman saying? There's one budget and then there's another?
Who operates like that? Well, a company that boasts it hasn't changed its bus route schedule in more than 25 years, that's who.
This is an outrageous example of a monopoly. They don't have to please the public. Take it or leave it. Walk.

What do these drivers get paid per hour? Thanks Bernie.

Here is a management CFO not knowing their budget, blame "Management"!

Isnt't $17.50 about $35,000 a year?
Add 20 k for a "golden" healthcare plan without employee contributions and were up to 55 k.
Overtime couldn't be that big of an issue as I would think the drivers are confined to CDL rules, Don't those dictate 10 hour days behind the wheel?
Explain the outstanding 45k please.

I think 3/4 of the problem is you had a person doing a sloppy presentation of a budget without a clue about its parts.

Bernie.....the pics you choose make your blog funny. This is why your angry Lehigh Valley muckraking site is much better than Scranton's angry muckraking blog. I think we're about due for another face-in-hole pawlowski anytime now.

Another ad hominem attack on quasi=public employees demanded by one Ron "the divider" Angle. The math does not ass up and of course is bogus.

anything to spread the hate. Bono does music, Angle does hate. they are masters in their respective fields.

Anon 7:03. You should subscribe to a newspaper or two. I recently saw an ad for a driver job fair.

Ralph Kramden coulda had a sofa and a TV on that kinda dough!