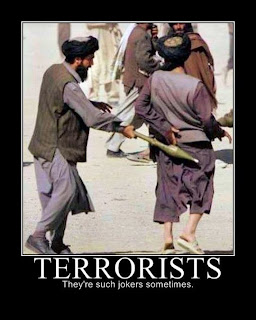 An existing federal statute, 8 U.S.C. § 1481, identifies seven categories of acts for which U.S. citizens lose their citizenship if they perform one of those acts “with the intention of relinquishing United States nationality.” Under the proposed Enemy Expatriation Act, an eighth category would be added for a person who engages in hostilities or purposefully and materially supports hostilities against the United States.

“The repeated attempts by the now-deceased al Qaeda leader Anwar al Alwaki to recruit other American citizens to strike our homeland demonstrates the necessity of updating our laws to account for an enemy who would subvert our freedoms to attack us,” said Senator Lieberman. “This bill would establish in law a fact that all Americans already know – when an American citizen joins wartime hostilities against the United States, he is also renouncing his citizenship and should not be able to use an American passport as a tool of terror or a shield of self-protection.”

“Individuals who work with terrorist organizations to attack our country and kill our people should lose the privileges of citizenship,” said Senator Brown. “The recent arrest of Rezwan Ferdaus, who was stockpiling advanced weaponry and planning a major attack against our nation’s Capital, highlights the growing problem of home grown terrorism, even in a peaceful community like Ashland, Massachusetts. In future cases, this bill would take away what terrorists have already renounced through their words and actions—the right to call themselves Americans."

“When American citizens like Anwar al-Awlaki incite the violent overthrow of the United States and work within terrorist networks to coordinate attacks against the American people, it is appropriate that the federal government consider their actions a voluntary relinquishment of citizenship,” said Congressman Dent. “This bill modernizes the process by which the citizenship status of an individual engaged in hostiles against the American people is examined by treating terrorists in the same manner as a U.S citizen who marched with the Third Reich, Imperial Japan or the forces of Saddam Hussein.”

“Unfortunately, we live in a world where our own citizens may engage in terrorism against our country,” Congressman Altmire said. “To help meet the challenges we are facing, and to protect our homeland, updates to our current laws are necessary as we continue to fight the global war on terror.”

The same due process that applies to the existing statute will apply to those whose citizenship could be revoked under the proposed amendment to the law. The State Department would make an administrative determination that a U.S. Citizen has indicated his intent to renounce his citizenship by engaging in, or purposefully and materially supporting, hostilities against the United States. That individual would then have the right to appeal that determination to the State Department and, then, to a federal district court.
Posted by Bernie O'Hare at 10/13/2011 12:02:00 AM

Ridiculous. The jails are full of Americans who have killed Americans. We provide them college educations, medical care, cable and conjugal visits.

Perhaps my headline is misleading.

Yeah, bernie, this one is long and confusing. It leads to the obvious comment that most acts of murder in the US are probably Americans killing Americans.

I kind of think you mean Americans who take up arms against the US, and kill Americans in the process, either civillians through terrorism or soldiers as an enemy combatant.

Anyway, the whole thing is a little unclear and confusing in my opinion as some anonymous schmuck.

Talk about pandering to the teabgger wingnuts. i would guess this wacky idea is unconstitutional at the very least.

Yeah. It's better that our State Department issues apologies to the families of those who murder in the name of their peaceful religion - as soon as they apologize for bombing the pricks who attacked Pearl Harbor. There's a pattern here. Our president hates this country. Fortunately, the polls indicate most have finally figured his out.

ahhh just what we need our legislators to be spending their time doing... I mean who doesn't wake up every day and say to themselves "If only we could strip citizenship from alleged terrorists, then allow them to monopolize the courts and a substantial amounts of taxpayer money to challenge the issue" Last I checked theres a terror watch list that already restricts the travel of suspected terrorists

Has he ever read the U.S. constitution?

This legislation has a title, cuckoo!!

Thhis should also be inacted when americans die from drug overdoses. This is part of the big picture of terrorism, they infect the americans with addiction, and than the money made off the elleagal drugs in america goes back into the terrorist parties campaign to rage war on american soil. This is outrages when the money can be followed.