For Fifth Straight Year, No New Taxes in Hanover Township 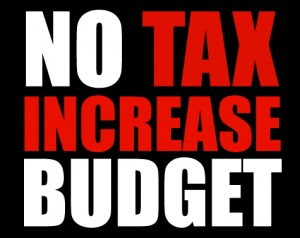 For the fifth year in a row, Hanover Township is proposing a no-tax increase budget. Despite a $83,857 increase in the cost of police coverage and an additional $19,986 for the Bethlehem Public Library, Hanover Township Manager John "Jay" Finnigan provided Supervisors, at their October 11 meeting, with a $7.4 million  proposed 2012 Budget that maintains a 3.9 mill tax rate and 0.5 mill fire tax.

Complimenting Finnigan, Township Supervisor Glenn Walbert stated, "It's a remarkable job to be able to hold the line as you have." The Budget will be posted on the Township's web site in November, and voted up or down in December.

In addition to the good news about the 2012 Budget, Supervisors heard complaints about an October 5 rainstorm in which 4.97" of rain fell on the Township in just 90 minutes. Oliver Weber and David Hottenstein, both of Gaspar Avenue, suggested that the Township could have made a more concerted effort to clear debris blocking storm sewers. Hottenstein added that he had suffered some damage in his home's lower level, and worried about his to small dogs, who could have drowned.

Public Works Director Vince Milite, however, stated that his first concern during this unexpected deluge was public safety, followed by clearing debris from drains. "What could we have done differently?  I doubt anything in a storm of that size," he stated.

Manager Jay Finnigan told Weber and Hottenstein that because the storm occurred on garbage day, the problem of drainage was made worse by garbage bags blocking sewers. "There were flat surfaces that had 4' of water," he stated, adding that some homes in East Allen Township's Mohawk Drive were knocked completely off their foundation.

Agreeing with Finnigan and Milite, Supervisor Glenn Walbert added there are 5,000 drains in the Township. "It is impossible to have people out servicing all these drains at one time."

Finnigan told Hottenstein that he might be eligible for relief from FEMA, and encouraged him to fill out an application on the Township's web page.

Isn't this the body Mr. Salveson serves on? The same man that is running against Barron Von Footinmouth?

Hanover Twp NC is hands down the best run municipality in Northampton County - I wish I lived there!

All they had to do was reel in defined retirement benefits for public employees. It's just that simple. In fact, so simple it rarely gets done by government. If not for that noisy airport, I'd move there.

I'd move there myself except I already live in Nazareth, the prettiest borough in the LV. Also, Hanover adopted an ordinance requiring me to leave as soon as every meeting is over. Broughal said it's completely legal, too.

Hey Bernie someone you know, Ron Heckman told me he is looking into moving into Nazareth. I told him Bernie O'Hare would not welcome his kind in Nazareth. He was actually surprised.

Hanover moved away from a defined benefit retirement plan in 2006 or 07 according to their budget message last year. They have been in the forefront of municipal change since Finnegan became manager.

2 AM Troll, He should be surprised bc what you told him is completely untrue. I admire and respect Heckman, but not some of the losers who latch onto him.