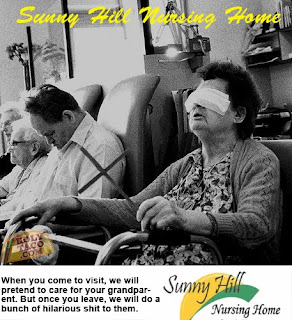 Those three do have their own PAC, My Lehigh County, but do they really advocate Cedarbrook's sale? Thier web page is silent on the subject, but I will try to determine how at least one of them feels by Monday.

A fourth GOP candidate, Brad Osborne, is not included by Daugherty among this "Gang of Three."

Democratic candidates for Commissioner are downtown revitalization specialist Geoff Brace; incumbent Gloria Hamm, who is also a nurse; activist Dennis Pearson, whose eloquent views were expressed here yesterday; and Tim Waitkus, a drug salesman, but the legal kind.
Posted by Bernie O'Hare at 10/14/2011 12:11:00 AM

Is Gloria Hamm in good health?

Looks like Daugherty and the Dems are trying to manufacture an issue.

They can't talk about taxes, since they'll vote for an increase (and against a tax cut) every time.

Who knows what the Lehigh GOP Slate believes. Even on spending cuts, an issue they're supposedly passionate about, there are zero details. Jenna Portnoy tried to press the candidates on this and only Geoff Brace gave a detailed answer.

Vic's past as Stoffa's lap dog will come back to hurt him and the "Gang of Three". Nice cover for your boy Vic, but he's pushing a Cedarbook sale. Don't kid yourselves Lehigh County voters.

May lightning strike me, but I agree with Geeting. The Ott contingent has not earned their vote, and in fact I don't trust them.

Geoff Brace will definitely get my vote as I find him credible, trustworthy, and it will be a real asset to have a County Commissioner who lives in downtown Allentown. Doesn't mean we always agree but I'd rather have someone I can trust in there.

True Independence instead of the lockstep Nazi-ism demanded by the far right and the far left feels so damn good.

"Is Gloria Hamm in good health?"

If she were not in good enough health to run, she wouldn't be running.

The funny thing is none of us is in "good health." We're all dying, you know. In fact, odds are 50% that you will be dead before Gloria. I would be a little more concerned about your own health than in making snotty suggestions about someone you don't know.

"Looks like Daugherty and the Dems are trying to manufacture an issue."

That's a possibility. I don't know what has been said, but believe there may have been hints here and there. I will speak to one of them.

"Geoff Brace will definitely get my vote as I find him credible, trustworthy, and it will be a real asset to have a County Commissioner who lives in downtown Allentown. Doesn't mean we always agree but I'd rather have someone I can trust in there."

Well said. I also like Osborne and Vic. And believe it or not, I was very impressed by Dennis' statement, even though I disagree with him.

Oh Patrick,
I remember reading about Republican intentions to sell Cedarbrook in the Mcall.

Like Bernie, I have to agree with many of the comments Pearson made. Right now he is making a lot more sense than his GOP opponents.

Seems the Clan of 3 are the ones intent of creating crisis by their proposed election cyclec cuts that will ultimately have adverse effect.

Eckert does not seem to understand that gaming proceeds the County receives are to be dedicated to the County are to benefit municipalities that do not receive defined gaming benefits. Instead he wants to give a large chunk to Allentown who already receives millions in gaming money.

By his comments, he is intent of politicizing the office of Controller. It is a numbers job that is best handled by a certified accountant not a political activist. Eckert is not qualified.

I give Browning credit for understanding that the GOP candidates proposals are reckless and campaign motivated.

At 1223. I apologize. Please let me rephrase. I should have stated "gang"