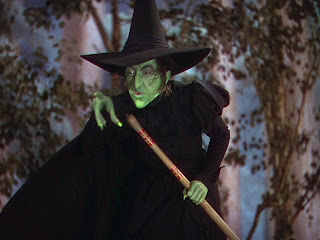 Tricia Mezzacappa calls Northampton County 911 to complain about drug dealers, but then becomes uncooperative, and apparently hangs up on this emergency dispatcher. Easton Patrolman Andrew Ocetnick calls her back, and now her complaint is about the "pseudo police department" at 911, as well as Easton police, who "never do anything."

She's concerned about "drug dealers" who drive up and down the street outside her home, revving their engines, which could make her deaf. Officer Ocetnick visits the home of this alleged felon, who tells the officer he'll try to keep the noise down.

Incidentally, I found no record of any offense for this supposed felon. Mezzacappa actually has a bigger rap sheet than he.
Mezzacappa: Why Do Easton PD and NorCo 911 Just Ignore Me?
Posted by Bernie O'Hare at 12/06/2011 12:00:00 AM

What do you mean she has a "rap sheet?" Does she have any convictions, too?

There are souls "TM" that are incurable and lost to the rest of society. Deprive them of one means of folly, they will invent ten thousand others. They will create subtler, wilder methods, methods that are absolutely DESPERATE!

I'm not Bernie, but I am familiar with her "rap sheet." Charged with four criminal law violations, one conviction for disorderly conduct; Eight traffic citations, convicted of six violations including careless driving. She also has kept the Wilson P.D. busy and one of her traffic problems involved Bethlehem Township P.D.

That's all her "rap sheet" is. It is all minor, but the person she was pointing her finger at and calling a drug dealer, has none of all.

Anybody know where she works? Like not out of her home? Like a 9 to 5 job? Office job? Or where she last used to work a 9 to 5 office job? Does she work in NJ or PA? Hope not as a RN. Wonder why she would like to work in politics if she is a nurse? She hates the Gross family that much to run for office? Why Freeman's job? She can't hurt the Gross family in that job? She wants to run because of code violations? A nurse with an accounting degree? Makes no sense.

Give it some time. One day she is going to call the cops for something non-existant or accuse someone of doing something they did not and end up nicely in civil court being sued for libel, etc...

Something tells me she assumes non-whites deal drugs. the classic racist dingbat. I could be wrong and the accused is white, but, well I've lived long enough to know--racists love to make racist assumptions. Racists are people who lack the ability to use logic, something this woman seems to have an issue with. Guess I am guilty of profiling.

I will say this for her. She seems to do a Hell of a lot more than Freeman has done in twenty years of goldbricking in Harrisburg.

Thanks for exposing the facts!

She's wAcKy but still a much better choice than Freeman for state rep.

Poor BO - can't even get any from a looney toons woman. But I hear the pig is willing.

Still feel sorry for her.