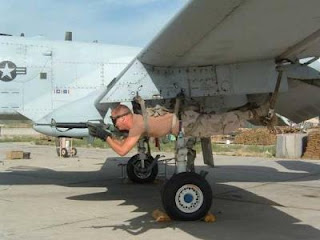 Lehigh Valley Congressman Charlie Dent (PA-15) on Wednesday night was among the 283 House members to vote for a $662 Defense spending bill, slightly less than the amount sought by President Obama.

Lawmakers softened language in the legislation, providing that foreign terrorists are subject to military custody. The bill explicitly exempts U.S. citizens, and gives the President the option of prosecuting terrorism suspects in the civilian justice system, too.

According to the AP, it's a "rare instance of bipartisanship in a bitterly divided Congress." In fact, it sailed through the Senate on Thursday.

“I am pleased the current spell of political wrangling in Washington has not impacted Congress’s ability to pass critical national security legislation like H.R. 1450,” said Rep. Dent in a statement after his vote. “This bill ensures members of our armed forces, especially those stationed in Afghanistan and remaining in Iraq, possess the training, resources, and equipment they need to win the global war on terror. It also guarantees our military remains the most powerful and modern force in the world, fully capable of defending the American people from potential foreign aggressors and international terrorist networks.”

The bill authorizes $554 billion for DOD, including $115.5 billion for overseas military operations and $10 billion for the continued development of a missile defense system to protect the American homeland. H.R. 1450 also requires the President to sanction entities, including central banks, who engage in financial transactions with the Central Bank or Iran. Additionally, the measure freezes aid to Pakistan until the DOD develops a new strategy to improve the effectiveness of American assistance and confirms Pakistan is taking steps to eliminate domestic-based threats to American forces operating in Afghanistan.
Posted by Bernie O'Hare at 12/16/2011 12:01:00 AM

According to the PA GOP, Holden is now the Representative for our part of the Lehigh Valley.....please start posting the press releases for Holden too. The tens of thousands of Bethlehem Twp, Easton, Nazareth, Palmer, Forks, Bangor, Pen Argyl, Wind Gap, etc, need to know how OUR apparent Congressman feels....Dent means nothing to us anymore per the wishes of the PA GOP.

It ain't over 'till it's over. Dent is our Congressman until 2013. But I will ask Holden's office to send me news releases.

It's depressing that this is the kind of stuff that gets massive bipartisan agreement:
"The ACLU said last night that the bill contains “harmful provisions that some legislators have said could authorize the U.S. military to pick up and imprison without charge or trial civilians, including American citizens, anywhere in the world” and added: “if President Obama signs this bill, it will damage his legacy.” Human Rights Watch said that Obama’s decision “does enormous damage to the rule of law both in the US and abroad” and that “President Obama will go down in history as the president who enshrined indefinite detention without trial in US law.”

Thank god he will still be our Congressman for another 2 years. He can keep up the good work and demonstrate what influence he has on his fellow Republicans. Maybe you can finally get a paid position on his staff.

This I am shocked routine about the new reapportioned district is almost as funny as the Newt Gingrich I was only a historian for Fannie Mae.

Jon, You have to know they're off base. The law specifically exempts US citizens. Changes were made to account for those concerns, and Obama withdrew his objections.

What's good for the ACLU is never good for the country. They serve as a critical reverse barometer of American society. If they don't like it, we should all support it.

Oh ... and Jon Geeting's blog should be mandatroy reading for all citizens of the United States!