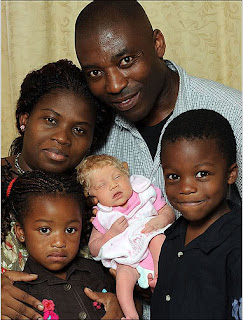 I took LC GOP Bossman Wayne Woodman to task on Wednesday for discouraging Wanda Mercado Arroyo from seeking Doug Reichley's state house seat in the special election. She, along with eight to ten other people, have met with Woodman. According to Arroyo, Woodman was abusive and questioned whether voters in Reichley's district would even know her. In addition, Woodman reportedly added that the people there just aren't ready for a Latina.

I never contacted Woodman for his side of the story because, a few months before, I believe he was dishonest with me about remaining neutral in last May's Republican primary. I don't trust him. But as a result, you only had one side of the story.

To his credit, Woodman contacted me. To be fair, I really should provide his explanation.

Woodman provided me a copy of his response to Arroyo, in which tells her the questions he asked, including the question about name recognition, are identical to the interrogatories posed to other hopefuls. He denies having a favorite, and claims to have set up a conference process to make the process as open as possible. He also disputes asking her to resign her position as state committee chair. He explains that he would resign himself, but she is free to do whatever she wants.

To me, he insists that Arroyo's ethnicity is irrelevant. "I never said that and I do not believe it. I do not see that statement in her letter either so I am not sure where you drew that from."

I drew that inference because that is what I was told he said. Since she was angry enough to fire off an email to several prominent Republicans, something obviously bothered her. But is is possible that there was some sort of misunderstanding.

Don't think it's Reichley's seat that is the issue here more the newly created south Allentown seat that many believe should be held by a Spanish speaking resident. It's amazing Woodman thinks he can rule an entire region. Why we call such men from other countries, Dictators.

Woodman needs to go away. He's lost creditability. He is a bully who gets his wife into office. No shame.

The actual frontrunner candidate for Reichley's seat was Ryan Conrad who's a Lower Macungie Commissioner. He had the field cleared until he decided not to run after taking a new job as CEOof the Realtors organziation. The party had then had to scramble for a candidate and Mackenzie seems to be it. It's too bad, Conrad would have been good for the district.

I don't think the party is scrambling for anyone other than a good candidate who is willing to work hard for the voters in that district, and who can hold that seat should that person also win the primary.

Regardless of who is chosen to represent the party for the Special Election (for what would have been Reichley's remaining seven months in office), anyone is allowed to get on the ballot and make their case directly to the voters for the Primary (to hopefully represent the district in 2013 and 2014).

Even the blind see this.

Delete button don't make it not so.

Crying wolf about racism is not constructive.

MacKenzie made the decision to run completely independent of Woodman or anyone else after years of doing hard work on campaigns here in the Valley and as PA Victory Director. He is a person of great character and your reporting on this hasn't quite had all of the facts.

Woodman's support of him, if that is the case, is from Wayne's world, not MacKenzie's.

I didn't see anything negative towards MacKenzie. The problem is that Woodman preaches independent and open primaries but then has his own agenda.

i.e.--It's an open Commissioner Primary but my wife is going to run without me resigning as Chair. I will also circulate petitions for her and her 3 running mates but no other candidates.

i.e.--Let's have an open process for Reichley's seat but Wanda you really shouldn't run, you don't fit the demographics of the district.

Knowing Woodman, I have no choice but to believe Ms.Arroyo. Woodman wants no input from anyone. Just go to one of his county committee meetings.
Woodman got what he wanted, his wife and Scotty Boy elected to the lehigh commissioner board.
Oh, one last comment, he will be quite happy and content to have Scotty Boy become chairman.
Oh well, democracy, I guess.
Maybe Woodman will go back to California. GOPers, vote him out.

Anon 1:04:
MacKenzie did "years of hard work on campaigns?" He was a paid employee of the State Committee and the PA Victory. He was a puppet for the state GOP. That is not hard work. That is doing what you are told.

My, my! We are trying hard to discredit someone who has worked hard both paid and unpaid. Obviously you don't have a clue, or haven't been around to know MacKenzie's history or what he's done for candidates and others.

How could he have done "years of work" when he graduated college in 2004 and Harvard grad school in 2010?

Face it, the guy has very little experience.

Big Woody's ego must be sore since Brad Osborne got Lehigh Commissioner Chair over Scotty boy.

And now, you tell me that it is a coincidence that Mrs. Mercado-Arroyo has been the only one contested during this process by a guy with the name Joshua Prince from Berks County?