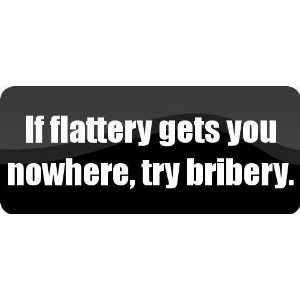 That's the print copy headline to Joe Owens' Sunday column, and that pretty much says it all. Having been caught red-handed in a clear Right-to-Know Law violation over a note that Council member Tom Dietrich passed to Ann McHale during a public meeting, Council followed that up on Thursday night with a Sunshine Act breach. It directed Solicitor Phil Lauer, behind closed doors, to appeal the matter.

When they spoke to Owens, both Lamont McClure and John Cusick insist there was no formal vote behind closed doors. It's still "official action" and violates the open meetings law. "Official action," as defined by the Sunshine Act, can also include the establishment of policy, recommendations, or decisions on agency business. So a "consensus" directing Lauer to appeal is precisely the kind of action that should take place in public.

This was, as Owens pointed out, a double dip assault on open government. When forced by Ron Angle to vote on what they had already decided to do behind closed doors, the consensus fell apart.

People are willing to do all kinds of things when they don't have to take responsibility. That's what Dietrich thought when he passed a note to Ann McHale in the middle of a meeting accusing Angle and Charles Chrin of bribery. McHale can be seen and heard agreeing with him, too, on the county's video.

Dietrich has had numerous opportunities to share his accusations with the public. In fact, seconds after he passed the note to McHale, they both declined to share it when Angle asked about it. Dietrich hid behind McHale's skirt that night, pretty much like a coward. Since that time, he's refused to man up, and is now hiding behind a lawyer..

Interestingly, I am condemned in all the comments that accompany Joe's column. Of course, they come from people who, like Dietrich, refuse to accept responsibility for what they write. One of them, "lovestokickpigs," is an identity created just today, obviously for the express purpose of bashing me.

What I do know is that I will soon be getting that note, and it will reveal that Dietrich accused both Angle and Charles Chrin of participating in some sort of bribery scheme, and that Ann McHale agreed with him. I'd like to know more about this serious accusation and, of course, the basis for making it.
Posted by Bernie O'Hare at 12/12/2011 12:00:00 AM

With all the behind the scenes crap regarding Gracedale and the treatment center and the Tif, this is what Owens gets his panties in a bunch over.

what do you expect from a bleeding heart liberal, a childish council and a bitter dis-barred lawyer? Much to do about nothing.

What did he call you? Persnickety? What the hell is that.

Fussy. It's practically a compliment.

Owens ignores the elephant in the room and focused on the mouse. We haven't had decent Northamton County coverage in six years.

Maybe the 6 years of lackluster reporting coincides with Owens running the show. Anyone know how long he has been screwing things up down there?
Best thing is to not get any of the local papers.

Owens and Till have imposed a six year news blackout on anything that may show the incompetence of the current Northampton county Administration. Of course that would be just about everything. They did get him elected so i guess they need to protect their investment. So he goes ape shit about a note. Yeah that is some real hard hitting journalism.

Hey Steaming Joe, how about what is the deal between Atiyeh and Stoffa and all the county buildings and the "real" cost of the treatment center??

Oh wait, I forgot, the note.

"Hey Steaming Joe, how about what is the deal between Atiyeh and Stoffa and all the county buildings and the "real" cost of the treatment center??"

What about it? Do you have any evidence of all of anything improper going on between Atiyeh and Stoffa? No. Is there something improper about wanting a treatment center to bring down the recidivism rate at a jail that is bursting at the seams? No. You deal in innuendo while the rest of us deal in facts.

Fact: Dietrich passed a note to McHale, accusing Angle of bribery, during an Oct 6 Council meeting.

Fact: McHale can be seen and heard agreeing with that assessment.

Fact: Dietrich was ordered to produce the note or a reasonable facsimile.

Fact: Council huddled behind closed doors, trying to figure out what to do.

Fact: It took Angle, and a Sunshine Act objection, to force them to vote publicly.

Fact: We now know that McClure and Cusick would rather you not know about bribery.

recidivism is a funny white man's word for not doing enough about a problem. Eliminate the psychopaths, alcoholics and sex perverts and you will substantially reduce crime

Thank you for your insightful analysis, which solves all the problems of crime in one sentence. I guess we should execute 'em, too.

Your obsession with the Dietrich note is pathological BO. Who the F cares?!

I do. So does Joe Owens. So does anyone who believes in transparent government. What's pathological are the vicious personal attacks on the lehighvalleylive site, which have since been removed. Last time I checked, nobody forced you to read my blog.

"Your obsession with the Dietrich note is pathological BO. Who the F cares?!'

When your elected officials act behind closed doors, they are no longer representing you!!!

Ah the thought police/brain trust at the TIC TOC Diner kicks into gear.

Bobblehead 1 on reconnaisance reports to propaganda minister Bernie. Sir, i detected negative waves near fearless leader. What should we do?

Propaganda minister: Create a tempest in a tea pot. Just what we need to hide the advance to the rear.

The word "Bribery" followed by a question mark sounds more like an inquiry rather than an accusation. But who cares.

It was no question, but an accusation. Watch the video. I have.

How do you know it was followed by a question mark

You are welcome BO. I try to help mankind when ever possible. Your suggestion is good.

Because I saw the video and McHale's reaction. Because I know what was seen. It was an affirmative statement. The question mark is a final attempt by Dietrich to avoid accepting responsibility. Tell the truth.

When your elected officials act behind closed doors, they are no longer representing you!!!

consider yourself un-represented in this county looooooong ago.


Bernie your first "fact" is not a "fact" it is an assertion. You did not see the note you rely on hearsay. It will be interesting to see the court proceedings when the accuser is called forward.
I hope in the name of transparency they realize they will not retain their seat due to this fools errand.

"Bernie your first "fact" is not a "fact" it is an assertion. You did not see the note you rely on hearsay. It will be interesting to see the court proceedings when the accuser is called forward."

Wrong. I am relying on hearsay, but I am also relying on an admission by Dietrich himself, made to others. It has been suggested he add a question mark. I would suggest he tell the truth. He's played enough games.

This entire mess is going to make the Democrats very happy. There is a treasure trove of campaign mailer fodder within the confines of this blog alone.
Add the fact it could be played out in a court of law. BINGO!!!
Dems control the council.
I love it when tigers eat their young.

G.T., Here's the thing. I'm pretty sure Dietrich is a Democrat. here have been rumors that he was switching sides before, and it would be no surprise to me to see it happen now.

Your first fact has not been proved or admitted too by either McHale or Deitrich. Therefore the rest of your so-called arguments are meaningless. If there is a third party "witness" to the alleged "note", let them come forward publicley. So far we only have you claiming it to be true.

Fact. At a county council meeting, Ms. McHale asked Mr. Stoffa about the discussions between Stoffa and Atiyeh regarding obtaining county buildings. Stoffa pleded ignorance(not hard). Ms. McHale then said that Atiyeh told her that. Seems we have a statement and a real live identified witness.

So, yes what is going on betweeen Atiyeh and Stoffa that he denies, yet Atiyeh admitted to a third party?

We appear to have a fact that you and Owens ignore and an allegation you cling too.

Actually, the first fact I aver has been admitted to by both of them, and I am prepared to prove it if I must.

As for your allegations about Stoffa and Atiyeh, so what? He is the County Exec. The Sunshine Act has no application to him, nor should it. He is entirely free to meet privately with potential county contractors or purchasers and negotiate the best terms possible.

Whatever McHale claims Atiyeh told her, I'd be inclined to believe Stoffa.

I am deleting comments being posted by the Wicked Witch of West Easton.

the R stands for Republican unless he switched since '09

why do you say he is a Dem?

There was a real conversation between Stoffa and Atiyeh, according to a real witness. This "conversation" could have a major impact on county finances. what was said.

Wow! and you can't practice law. How could that be.

You and Owens are regular Sherlock Holmes.

Stoffa does not need his hand held to do his job. He was elected to run this county and does so. He got this permission from the voters....Before he can spend money he has to run in by council. The people who complain so much about him most likely can't even run their own homes. Maybe some are still in their mother's basement. As for Dietrich the "boy" he has brought this on himself. No one else does this type of thing. At least admit it. What an example for his young children. The 'D" can have him. They can't trust him but they can have him. He led the charge to sell Gracedale and later made them his best friend. Can't have it both ways. We all need to be civil but he needs to do his job. First he has to figure out what his job is. He is wasting time and using a free attorney who we the people pay for.

I am calling him a Dem bc he has:
(1) proved he can't be trusted by other Republicans;
(2) accused a fellow R of bribery in the middle of a council meeting;
(3) made the accusation to a Dem;
(4) instigated the removal of Angle, the County's strongest R, as Council President;
(5) was considering switching parties to run for the Beth Council seat;
(6) is reportedly considering it again so he can be made VP.

I should not really call him a D. That's an insult to my own party. I should call him what he is - a rank opportunist who lacks the courage to stand behind his own words.

Does that answer you?

Well I have been schooled. Whatever his party affiliation he will have a Dem challenger in 2013who will enjoy the support of people who will get the job done for him/her. All thanks to Deitrict with an "R" infidelities to his party. We don't want him either. Thanks for uncovering this mess you have been more helpful than Linda Tripp.
G.T.