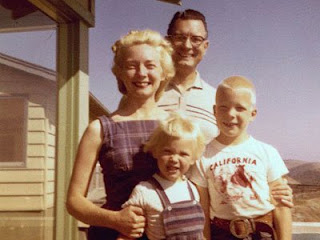 Summary of H.R. 3630, the Middle Class Tax Relief and Job Creation Act:
Extends Current Payroll Tax Relief
The bill provides a one-year extension of the temporary payroll tax relief enacted in 2010. The measure ensures taxes will not increase on the nearly 170 million Americans who currently pay payroll taxes, saving the average American family $1,000 in 2012.
Extends the Unemployment Insurance Program & Implements Common-Sense Reforms
The bill extends unemployment insurance (UI) program benefits while implementing permanent reforms to strengthen UI. Recognizing that unemployment services should focus on helping Americans get back to work, the bill uses a two-step process to gradually reduce current maximum weeks of benefits from 99 to 59 weeks, a common-sense level that is in line with past recessions and economic downturns. H.R. 3630 also requires all state and federal UI recipients to, as a condition of eligibility, search for work, enroll in a GED program if they have not finished high school (with exceptions for older workers), and participate in reemployment services to help them get back to work. Additionally, the measure allows states, if they desire, to perform drug screening and testing as a condition of providing UI benefits in order to improve prospects for future employment.
Helps Create Jobs
The bill accelerates a final decision on the Keystone XL energy pipeline – requiring a permit be granted within 60 days unless the President determines the project is not in the national interest. Similar legislation passed the House with bipartisan support earlier this year. The measure extends 100% business expensing through 2012 to make it easier for employers of all sizes to invest in new machinery and equipment, grow their businesses, and create jobs. The bill stops the onerous new boiler MACT rule and requires the Obama administration to develop a more sensible alternative that balances the need to protect both jobs and the environment. Similar legislation passed the House in a bipartisan fashion earlier this fall.
Includes Two-Year “Doc Fix”
The bill ensures Medicare beneficiaries maintain their current level of care by implementing a two-year “doc fix” that protects Medicare physicians from large reimbursement cuts scheduled to take place next year.
Offsets Payroll and UI Extension through Spending Cuts, Not Tax Increases
The bill includes spending cuts in government programs – not tax increases on job creators – to fully pay for extending current payroll tax relief and UI benefits. This includes extending the current pay freeze for federal workers, including Members of Congress, eliminating government benefits for millionaires and billionaires, and reforming entitlement programs – many ideas for which President Obama has already expressed support.
Posted by Bernie O'Hare at 12/14/2011 12:00:00 AM

Why attach a pipeline bill to tax relief for working families and unemployment compensation. Oh I forgot. That's how Charlie and the GOP roll.

Since Ronald Raygun started the war on the middle class working families the GOP has continued the proud tradition.

No one was fooled by this bullshit move.

Yeah as a typical knee jerk Republican Chuck Dent seems to think unemployment is running too long. Yeah let me tell this wealthy man something.

Asshole, there are few jobs to be had. Your artificial "the economy is up jobs" are the temporary low wage jobs for "back to school" and "Christmas".

Funny how unemployment ALWAYS goes up this past decade after both events pass.

The unemployment rate for the under 40 year old demographic is extremely high. The official number of Americans "collecting" unemployment is is about 13.2 million today. But the TOTAL number of unemployed (those whose benefits have run out after that socialist 99 weeks) is 23.9 million!!!

Remember people born into wealth like Chucky, claim those who are on unemployment have it easy and are lazy.

Yeah, because my life was awesome making just $99.94 a week! (Note high level of sarcasm).

When I lived in the valley I never bought into the baloney Chucky was not a rubber stamp for the GOP.

Clearly this pile of rubbish he had an intern compose is a clear indication he just follows orders like a good partisan soldier.

If you want to see the REAL NUMBERS on jobs and our debt. Don't read wealthy Chucky's press releases.

As someone who was only getting interviews and hired for short term jobs, and then had to collect again because the U.S. Economy is in a DEPRESSION, I take great offense to Dent's words.

The guy has his head in the sand (to be nice), and the working class Lehigh Valley needs to wake up. He like most in the beltway represent the wealthiest few, not you!

most people who are unemployed are there because they choose to be. there are plenty of jobs. these slackers just don't want them.

Dent voted against the transportaion bill that would have benefited the Valley.

Interesting how one minute they suggest they not bundle bills and they should stand on their own merit.

Time Dent starts representing his District and not interests outside.

Remember, Charlie was against the middle cut tax relief before he was for it. Dent held working class families hostage for a padded bill.