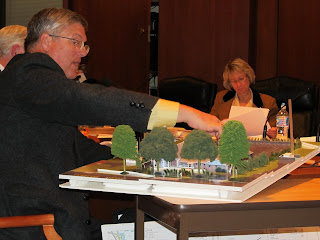 In March, Bethlehem Zoning Officer John Lezoche retired after 36 years with the City. After just a few months on the job, Lezoche's replacement, Christine Bartleson, has decided she's had enough, too.

What would make her want to leave so soon?

Bartleson graduated from the University of North Carolina and spent four years there as the planning director in Bessemer City. A certified planner, she began working for Bethlehem Township in 2002. In 2006, she was recruited by the City's Planning Bureau, and early this year, began work as the City's zoning officer. But she misses the milder weather in North Carolina,and has decided to return.

Its great to know that the City taxpayers continue to lose good talent from its staff.

And it is also great to know that Callahan has not yet appointed replacements for the Zoning Hearing Board OR the Planning Commission. When will the seats be filled?

He'll fill the seats when he finds people who have sufficiently donated to his campaign and proven they will do what he wants them to. He will leave positions open on the Planning Commission, Zoning Hearing Board and not even appoint a Human Relations Board until he finds the appropriate candiates who will do what he tells them to do. He probably waited until after the election to make sure that the Council would not oppose him.

In an dynamic urban community like Bethlehem and with the politics at play there, that would be a tough job.

Rumor on the street is Wee Willy has a "hot" replacement:)

that's a heck of a good line Christine is laying on everyone. they don't want a real live zoning officer. they want a puppet