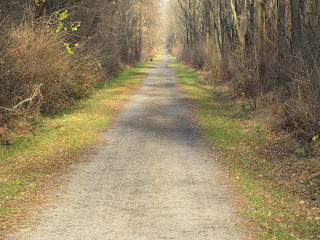 When John Stoffa first ran for Northampton County Executive in 2006, he promised voters he'd raise their taxes a half mill to fund a pay-as-you-go open space program. "They elected me anyway," Stoffa often jokes.

Stoffa has retained that commitment. In his proposed 2012 budget, he set aside $3.7 million for open space projects. The equivalent of a half mill of real estate taxes would pay for farmland preservation ($2 million), environmentally sensitive land ($1 million) and County parks ($700,000). But Council President John Cusick, noting there were no "projects in the pipeline," proposed eliminating the $1 million set aside for wetlands. He also wants to use hotel tax money to pay for County parks.

A small army of environmentalists appeared at Council's December 1 meeting to protest these cuts, including the Sierra Club's David Maguire, the Wildlands Conservancy's Ken Barrett, and the Nature Conservancy's Sandra Yerger, Upper Mount Bethel Township Supervisor Judy Hinkel, and educator Vicky Bastidas, who brought four of her students with her.

"Please raise our taxes," she asked.

Council member Ron Angle answered, "If it was only my money, I would vote for a tax increase." But then he held up a Sheriff Sale list showing 104 homes being sold next week, and asked his own question.

"Who's speaking for those people?" Angle added that real estate taxes and home heating bills are the "two nuts they can't crack anymore."

In a 5 to 4 vote, Angle, Cusick, Bruce Gilbert, Mike Dowd and Barb Thierry voted to eliminate the $1 million set aside for environmentally sensitive land from Stoffa's $3.7 million open space program.

But in a strange twist, the amended budget failed by a 5 to 4 vote. Unless Council can pass an amended budget by December 16, it appears likely that Stoffa's budget, including a fully funded open space program, will become law.

Another meeting is scheduled for this Thursday, 6:30 PM, at the Northampton County Courthouse.

Blogger's Note: Pictured above is a stretch along the 5-mile long Nor-Bath Trail, a County Park that runs from Bath to Northampton. It's breathtakingly beautiful this time of year. Crows shit on me as I snapped that picture.
Posted by Bernie O'Hare at 12/05/2011 12:02:00 AM

This open space plan is the largest waste of money ever seen in Northampton County. There is more open space than will ever be needed. With no development pressure whatsoever, this program should be shelved. That money should be returned to the taxpayer in the form of a tax CUT!!! I can not believe anyone would be bringing forth a so called open space plan when there is absolutely positively no demand for such a program.

Referenda always sound so good. Then, good intentions inevitably crash into the law of unintended consequences and another political scam is on the books. And so it is with this one and Gracedale.

Stoffa's tax was just that Stoffa's tax. The county can support open space as it sees fit. The referendum was bastardized when council did not do a bond issue. that allowed any administration to come up with any plan they wanted.

County tax does not allow for any "legal set asides" it depends on good faith. good luck with that.

Was that a photo of land saved by open space legislation?

Let each senior citizen send their tax bill to Vicki.

For the record the real Zorn did not make the 6:07 comment. One may try to imitate me but you will surely fail as your intellect and writing style are sub standard. It is sad that this impostor leads such a meager life.

My wife is a union puke tenured teacher. Goes to work at 730 and comes home at 500. Gives thousands of dollars back to the children in books, prizes, and the like. She runs a basket bingo for needy families who can not afford heat. She is neither alone nor unique. Many, many of her colleagues are wired the same way. They have taken a pay freeze to save jobs this year. Zorn your comment was moronic and ignorant.

Stoffa was not the first executive to save farmland. For Christ's sake they have been doing it, going back to Jerry Sieyfried.

Stoffa was not the first Exec to save farmland. He is the first Exec who actually had an open space funding plan approved. That happens to be the truth.

Other county execs saved farmland but none as much as Stoffa.

What plan, it was a county tax. Anyone can use the money for anything. It is not restricted in any way.

Is this the resurrect John Stoffa tour? That bus left the station. He is irrelevent He should just try not to do anymore damage in his last two years.