Changing of the Guard in Northampton County 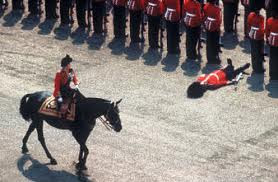 Ron Angle. Mike Dowd. Ann McHale. These are all familiar names to those who follow Northampton County Council, with a combined 37 years of experience.  Next week, all three will be gone, to be replaced by newcomers Ken Kraft, Scott Parsons and Bob Werner.

Will the Earth stop moving? Will life as we know it suddenly come to an end?

Although I was and remain an avid fan of both Ron Angle and Mike Dowd, relations between Council and Executive John Stoffa might actually improve. Unlike McHale, Ken Kraft has no reason to engage in petty sniping. Unlike Angle, who himself admits he can be a difficult person, Parsons promises civility. With three Democrats at his side, incumbent Lamont McClure might feel less defensive, too.

Although I doubt these three newcomers have any interest in a leadership role on Council at this time, whether John Cusick is re-elected as Council President is anybody's guess. Whether he even wants the job is unknown.

Cusick came under criticism last year for the role he played in Angle's ouster as Council President, but his ineffectiveness is what seems to really bother most Council members. A math teacher by training, Cusick is more inclined to treat County issues as long division exercises than a complicated mix of facts and personalities. Practically none of his initiatives succeeded last year. He was at his weakest when Council stalemated over a budget, coming under fire from both Republican Angle and Democrat McClure.

My suspicion is that Peg Ferraro, who desperately wanted to be Council President when Angle was elected two years ago, will finally get her wish. I also expect to see Phil Lauer replaced as Council Solicitor.
Posted by Bernie O'Hare at 12/29/2011 12:01:00 AM

Why would Lauer be replaced and by whom?
Who would you like to see as Master of Ceremonies?

I wonder if these new Democrats on county council will thank Buffoon von Barron for putting them in the position of voting for a big tax increase their first year on council. He gave the last council of Republicans an out with his fuzzy math.

Now the new group will be hit with the need for a double digit tax increase for 2013.

Rather than taking the previous comment seriously, although it is a possibility, I think I'll wait and see how it pans out. I find it ever so tedious to labor through the text crafted by someone who can't get a point across, without invoking the talents of Don Rickles to express themselves.

"Why would Lauer be replaced and by whom?"

Phil was brought there by Angle. With Angle gone, Council might wish to install someone else. The 4 Ds and Ferraro might want to put campaign contributor Christian Perrucci in there.

Ronnie's Jew jokes will be missed. He has the best ones.

Again, Barron did not pass the budget..He gave Council his take on the fund balance and Stoffa's finance people gave their take..It was County Council who voted to increase spending without a tax increase, not Barron..He doesn't vote..If the new Dems on Council face a huge budget deficit next year they can blame the eight councilmen who voted to pass a budget without the revenue to pay for it..

Tom Foolery has it right. The ghost of Council past will then ride in on his "if you only done what I told you to do" horse to say that there would be a budget surplus and world peace if you had only re-elected me.

The reality is, he failed to make any positive contribution to the exercise and instead launched into a childish rant before taking his toys home with him.

Behold statesmanship at its finest.

Spadoni needs to go as well. He is the solicitor for voter registration but yet had campaign signs in front of his building.

I really wish that Northampton Co. elected its Court Administrator like other counties in Pa. When are we going to wake up?

Well, 1:17, Council again had many choices and directions to go..They decided to pass a budget without passing the money to support it.
It's on them..

Vote Tom Dietrich for Council Prez! A Republican that has stood up to the Angle/Stoffa goons. He is no Stoffa rubber stamp. A true independent Republican.

Spadoni did not have a Kraft for council sign in front of his buildings, only city races.
Kraft is the District 1 Councilman and he covers Bethlehem, Hellertown, Hanover Township and soon to be Freemansburg Borough I think.
And I know I live across the street from his office

LARRY OTTER WOULD BE A GOOD CHOICE FOR SOLICITOR

Bernie for solicitor!!!
Do I hear an AMEN?

Larry Otter in fact applied a few years ago.

I would not read anything into the absence of a Kraft sign outside Spadoni's office. Spadoni is involved as a litigant in a matter before the ZHB. They might both consider it inapproprite.

I've never met Emma Tropiano, but even her harshest critics would agree that she was a very nice person who helped very many people.

Dietrich has already established that he is (1) a backstabber who cant' be trusted to keep his word; (2) a coward who is unwilling to accept responsibility for notes passed in Council meetings; and (3) an idiot who proposed consolidating all of the magistrates in one building. He might be a useful idiot for some politicos, but is an embarrassment to anyone who believes in good government.

No County elects its court administrator. They are all state employees.

I heard in Dietricts note the single word "bribe" was written.
Do you think he was writing about Mr. Angle?
If so,
are you and Mr. Angle satisfied with the outcome?
Is there more news about this that will come out?
Should there be a lawsuit or investigation led by the DA?
Do you have any thoughts on the reason he wrote that word?
Mr. Curious

I'll respond to you tomorrow. I've been operating all week on next to no sleep, have a cold and need to sleep a few hours.

Eat a double whopper and fries. It will fix you right up.

Dietrich should be admonished for free thought.

Bribe? Is not an accusation. It's a question.

In his haste to make something of nothing, he ignores the distinction between a declaration and a question.

It is a legitimate question. Just as it is legitimate to ask why would the King of Swaptions, Elmer Heinel contribute to Angle's campaign? We know why Abe Atiyeh would and did.

Is there more to the Elmer Heinel story, the swaption and Angle then you folks will ever know? Nor, will O'Hare ever tell it?

What the hell is an Elmer Heinel

Morning Call:
***Reibman was referring to the role of Elmer Heinel, a consultant from Wayne, Delaware County, who helped to arrange the county's swaption by introducing council, through Angle, to Concord Public Finance, the company that carried out the deal.

Heinel contributed to Angle's council re-election campaign last year and was going to receive a $40,000 fee for being the swaption's middleman until council cut him out of the deal.

"Ron Angle has brought in a controversial campaign contributor and that has been exposed," Reibman said.***

anon 12:04, thank you. We can see more and more of an Angle swaption connection, can't we?

Talk about changing of guard. Was at a party and Mike Fleck and JC Kelleher names brought up. They want to run for NorCo council or exec.

WHAT IF THE WORD BRIBE HAD NO ? MARK? DIETRICH IS A POOR EXCUSE FOR A MAN. WHEN HE HAD THE CHANCE TO SAY HE DID NOT WANT TO SEND MR. ANGLE ALONG WITH MR. STOFFA TO WORK OUT A DEAL FOR THE TAXPAYERS HE NEVER SPOKE UP. HAVE YOU HEARD ANYTHING ABOUT HIM VOICING HIS OPINION WHEN HE SHOULD HAVE? DON'T THINK SO. HE HAS PROVEN TIME AND AGAIN THAT HE IS A LITTLE BOY WHO SPEAKS FOR ATTENTION AND ENDS UP MAKING EVERYONE WISHING HE WOULD JUST BE QUIET. HIS ONLY 2 MINUTES OF FAME CAME WHEN HE LED THE CHARGE TO PRIVATIZE GRACESDALE. THAT WAS THE ONLY TIME ANYONE CARED TO LISTEN TO HIM SPEAK. IF YOU BOTHER TO GO TO MEETINGS OR TO WATCH ANY OF THEM THIS IS AND WAS VERY APPARENT. HE IS IMPOSSIBLE TO FOLLOW AND UNFORTUNATELY LIKES TO HEAR HIS VOICE. WATCH THE COUNCIL MEMBERS AND THE AUDIENCE. WITHIN 30 SECONDS THEY HAVE HAD IT AND ARE USUALLY SCRATCHING THE HEADS IN WONDER OF WHAT HIS POINT WAS OR ABOUT HIS EVER CHANGING POSITIONS. A TRUE LEADER IN THE MAKING. A STAY AT HOME DAD. THEY SHOULD MAKE HIM PRESIDENT. HE'LL HAVE TO RUN THE SHOW AND LET OTHERS SPEAK. MAYBE HE COULD DO A BUDGET. IF I COULD I THINK FOR THAT ALONE HE WOUD GET MY VOTE.

Anon 2:58 you use almost loud word for loud word what Ron Angle and Bernie say all the time. So if you are not Bernie, who could you be, hmm???

Dietrich is the perfect choice for Council President. If the any of the Dem's prop up Cusick they are crazy. Tell Ferraro if she wants their vote as vp, make Dietrich Pres and then she gets the votes. Very simple.


He was the only R to have the guts to stand up to Angle. Make him Presdient and stop quivering in fear of Ron Angle, he is history.

Who the Hell is JC Kelleher? Sounds like a car salesman. Fleck will stay on Easton city council. He will make more money, gets medical and can still get a job from Panto if Panto runs for County Executive.