WWWE Files: The Wicked Witch and the Beeping Cabbie 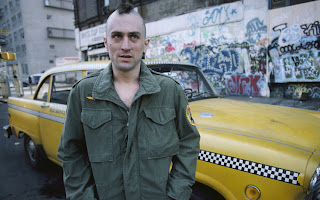 The date is April 5, 2011. Time is 6:26 AM. Tricia Mezzacappa is a candidate for West Easton Borough Council, and Easton Patrolman Charles McConagle is dispatched to her home, in response to a complaint about a "beeping cab." In addition to her gripes about a poor cabbie, who had stopped on the street to pick up a neighbor, she had numerous complaints about those people, too. You see, they're black. They "should have stayed in the projects."

When Officer McConagle reminded her that people can live where they want in this country, she told the patrolman that once elected to Borough Council, she'd have the Easton Police Department removed.

Officer McConagle spoke to the neighbors about this incident, learning that Mezzacappa had told one of them to "take your black ass back to Philadelphia." Mezzacappa also used the word "niggers," and the Easton cabbie later told the patrolman that he heard her use this term, too.

Though a candidate for West Easton Borough Council at the time, Mezzacappa told police she was moving out "because of these people."

They backed her but didn't back Angle. So I guess there score evened out.

Clearly the officer is lying, because we all know cops would fraudulently and criminally falsify a document and risk being thrown in jail, lose their jobs and destroy ther families in order to smear Twitcha Mezzacrappa. The Mayor probably bribed the cops to falsify the report! The council probably destroyed the report that proved Bernie maliciously attacked her pet pig Mr. Mezzacrappa. I feel bad for this woman that her poor addled brain keeps letting her down!

How does she find high heel shoes to fit her cloven feet?

Mezzacappa should send the cop a thank you note for not arresting her. Irately confronting a neighbor and a cabbie on a public street - screaming and behaving as if "she was on something" - while dropping the f-bomb and the n-word fits the definition of disorderly conduct as a misdemeanor of the third degree. This cop seems to have been especially troubled by the racial animosity expressed by Mezzacappa, even though he decided to give her a pass.

OK, Now back to the NEWS please

Hell hath no fury like an O'Hare scorned. Wow, O'Hare, you are really going crazy over this broken relationship. Face it she dumped you, get over it and move on.

For the first time ever I saw tonights Council meeting.
Conclusion: Ron is a ass.
He deserved to lose the election.

Clearly the officer is lying, because we all know cops would fraudulently and criminally falsify a document and risk being thrown in jail, lose their jobs and destroy ther family

Are you speaking of Bethlehem Easton Allentown Reading Wind Gap.....infinity

Louboutins do not a lady make.

Psychosis is a symptom or feature of mental illness typically characterized by radical changes in personality and a distorted or nonexistent sense of objective reality.

She sounds like a keeper. Do you have her phone number?

She's still a better choice than Freeman. Incredible but true.

I still want to know what the hell is "West Easton"?? Is that like Stiles?

It is clear from the police report that Tricia Mezzacappa intended to intimidate the officer by pointing out that she was a candidate for West Easton Borough Council. Neither her candidacy nor her future political goals were relevant to why the officer was on Ridge Street that morning. She attempted to abuse her public office even before she had been elected to public office. The voters of West Easton wisely and resoundingly rejected her. Now, if she would just keep her word and move out.

WTF does an Easton police officer care that someone is a candidate for West Easton Borough Council? That is hilarious - the lofty image these people have of themselves in their role in society.

West Easton Foot Print said:
He is my best friend in the world, and needs his mom to pay attention.

Her pig is black so, okay she does have a black friend.