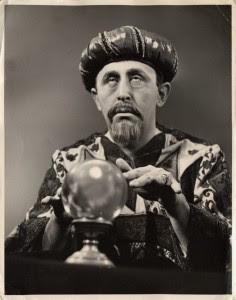 In exchange for a quick $1.9 million in 2004, Northampton County now owes the bank of America $25.5 million, with the bill coming due October 1. Executive John Stoffa delivered this bad news to Council at their January 19 meeting. It's the result of a swaption gone bad.

Over the past twelve months alone, the swaption pay-out has increased by over $11 million. Council member Lamont McClure complained that the County will be "paying ransom to Wall Street" during a Finance Committee hearing the day before, when the swaption was only $25.2 million.

The County's financial advisers have given two costly options. First, be proactive and pay it off now, by refunding the remaining bonds. This will cost the County around $7 million in addition to the $25 million breakage fee. Second, let the Bank of America exercise the swaption, and float a $17-18 million letter of credit.

"There must be other options," claimed McClure, who suggested that Council seek a second opinion from its own financial adviser.

Council president John Cusick agreed, and has requested McClure to come back with a proposal.
Posted by Bernie O'Hare at 1/20/2012 02:38:00 AM

Again... who pays? The taxpayers. Surcharging those who made this deal should be explored!! The law allows it.

The last sentence of paragraph one says " a swaption gone bad" what would have been the result if the swaption would have went " good". Also, what exactly was the purpose behind the swaption to begin with?

Sure glad I don't live there

Bethlehem is drowning in debt on this and all the deals that were perposed as this multi functional complex was being built. Now Allentowns mayor is doing the same with the tax base revenue with speculation on this arena project of replacing that money. This all as allentowns infastructure is crumbling and taking money from all other areas to do so.
As we watch others get deeper in debt pray for allentown.

Here's PBPC's report on how Philly and its school district are getting bilked out of hundreds of millions through a swaption. They're calling on the banks to refund a portion of the cancellation fees they received from terminating bad deals and renegotiating the deals that are still active.

7:06, The result of a swaption gone good would have been one in which changing interest rates would make it desirable for a bank not to switch from fixed to variable rates.

Jon, A report urges schools and other municipalities to try and renegotiate these swap deals. Wow! A report for that! Don't you think that was mentioned as part of the two options outlined by the county's financial advisers? Also, this reference to Jack Wagner's audit report floors me. Wagner released that report AFTER a number of municipalities had already been stug. Where was he when this legislation was being considered in Harrisburg? You know, it WAS illegal until a few short years ago, when it sailed thru the state senate almost unanimously.

The notion of suing the financial advisers has been explored. Low likelihood of success. If you are suggesting that the Council members who voted for this be sued, think again. Your remedy is at the ballot box, not in a courtroom. Only one member of Council remains from when that swaption went down, Peg ferraro, and she voted No.

Hate to point this out again, but this administration could have paid the swaption off a couple years ago for 10 million..They didn't..Now it's 25 million..

Were where you a couple of years ago, when it could have been paid off for $9 million? Hndsight is 20-20. The simple reality is that Reibman put both Council and Stoffa is a very bad position, where they were forced to gamble with our money.

This is why you never gamble with other peoples money. Those council members who voted for this should have had to guarantee it and then we'd see how quickly they voted "no," It's very different when it is someone else's money. I think the far majority of people would be less likely to use or waste their own money. This translate into work. When you work for a dollar you appreciate it. When you are given a dollar you or anything else it is just not the same. My opinion from the people I've seen throughout my 60 years.

McClure and Barron just always say there's money...like with Gracedale. I think soon we'll be printing it in the basement of the Courthouse.

Looks like that Gracedale sale money could have come in handy.

The 20 of the Hindsight that's partial to Hugh Downs

PS. +1 to not living there either. Yikes.

This is Reibman's bill continuing to require payment. And he's still swinging in the taxpayers' hammock at the bridge commission. He ought to be in Allenwood.

Don't forget this would have gone no where without county councils approval. Also it wasn't just Reibman. How about his chief henchman Jim Hickey who brought the swaption people into the building to begin with.

Blame, sure blame one guy but in the end there were a lot of people who helped move this thing along. As much as Bernie wants to absolve Stoffa of any and all responsibility, given the current financial situation that has existed for the past few years, he screwed up. We elect leaders to lead and when they make bad decisions they should be held accountable. To say Stoffa is absolved because Reibman did the swaption is a cop out.

So can we blame the Social Security problems on FDR as the 'know nothings' would do. Or can we blame contemporary politicians from the 70's forward who expanded and raided social security making it less solvent.

Stoffa was elected to lead and he dropped the ball. Any halfway prudent leader would have said at $9 million we bite the bullet and pay it off. It was always a risk and he blew the call. It was his call this time not Reibman's. Stoffa loves to lead from the past because he can't lead in the present. He always has an out.

Stop making excuses, you sound like some lame political flunky.

First, Hickey was no longer employed by the County at the time of this swaption, so it's a little hard to blame him. Second, this was illeggal in Pa until lobbyists persuaded the state senate to adopt legislation allowing for this kind of risky financial maneuver. So they get some of the blame. Tird, this was a Reibman idea. He needced some quickk cash after deleting the fund balance. He got 5 Council members, both Republican and Democrat, to go along wit this idea. So they and Reibman also share some of the blame. Fourth, Reibman and Council put Stoffa and the newest Council in a "damned if you do, damned if you don't" situation. Had he paid the swaption when it was $9 MM and it dropped to $2 MM, you'd be screaming bloody murder. Vic Mazziotti and Angle wanted to pull the trigger a year ago, but there was no consensus on Council.

Finally, where the hell were you, LD, with all your wisdom this time last year?? I would expect that, since you know which way this was going, you would have said something then. So where were you????

Hindsight is 20-20. You phonies want to tag Stoffa for Reibman's folly when the truth is you had no idea what was going on and never bothered to inform yourself.

You should be ashamed of yourself Mr. O'Hare. Mr. Reibman has a medical condition that can causes sleeping spells so you purposely use that picture to mock him.

You did this before and you were told then. You claimed it was an oversight but you still do it.

You mock people with certain health conditions. Is it any wonder no one takes you or your hate blog seriously.

You're out of your mind. That picture depicts a fortune teller, and it appears that some of you maniacs claim you have those powers. Yet you all were so quiet when it was time to pay off the swaption. Where were you then, asleep?

What does a Fortune Teller picture have to do with sleep disorders?
It is not like you put up a picture of a TseTse Fly.

"You should be ashamed of yourself Mr. O'Hare. Mr. Reibman has a medical condition that can causes sleeping spells"


Well then I guess Reibman got the right job after his C.E gig.

O'Hare has done this before. He likes to preach how sensative he is, yet he mocks a man's medical condition with his provocative picture.

You are a hateful man O'Hare and you will be judged by the Creator accordingly. Just another angry ex drunk.

It's a fortune teller, you dimwits.

I am fully aware that this is a ridiculous question. What are the consequences of defaulting?

We will lose the money anyway thru the courts and destroy our credit rating.

If Stoffa would have done his job this would be behind us. He can't lead and now the taxpayer shave to pay the price.

not to worry are the infamous words of our controller. he will save the day, or Callahan.

The real question is why wouldn't Ron Angle let Pullcini push to get out if the swap at 9 million?

This is a crock by an ignorant person. First, Pulcini was not hired to deal with the swaption until recently. Second, Angle was very concerned about the swaption at $9 MM, but was not ready to pull the trigger. It was a a gamble and NOBODY on Council was willing to do it then. That includes Lamont McClure, who was convinced it would go down. When it reached $14 million, BOTH Angle and Mazziotti recommended pulling the trigger, but there was no consensus on Council.

When a lawyer senses he is losing he bangs his hand upon the table in a loud manner.

Mr. Barron is the only official who knows what iis going on. You can delete that if you want O'Hare but it is true and you know it.

Where was Barron when the swaption was at $9 MM if this is so obvious?

Mr. Barron told people to sell. he informed the Administration and they again ignored his advice.

Really? Gee, when he wanted to keep Gracedale, he made sure he got headlines. When he falsely claimed we are sitting on a $60 MM slush fund, he got headlines again. When he attempted to surcharge Stoffa, he got publicity. Yet there's no story quoting Barron as saying anythng about the swaption whjen it was at $9 MM or $14MM. That's BC he never said a damn thing, and you are ying as usual. You want to tag Stoffa, but are unwilling to apply the same criticism to Barron. You'd rather just lie.

Why do you continue to use a photo mocking a Reibman family illness. You claim others are mean and cruel but you know what you are doing. You are a horrid person and will burn in Hell when god calls.

The only illness I see is your own mental illness.

You know what you are doing you bastard. As to mental illness. You were the one locked up, dude.

There you go again. i was never "locked up," but you are certifiable bat-shit crazy, as some of the readers here have already noticed. Take your pills or electric shock treatments or whatever. Or go to sleep.