CACLV To Train Merchants Who Will Never Qualify For NIZ 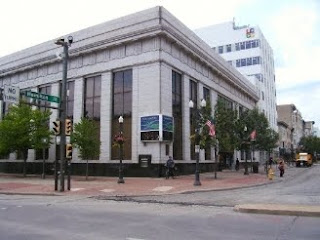 To his credit, Alan has often been the sole advocate for those who would otherwise have no voice. Back in 2009, when a young family that included a 3-year old girl, were locked out of their apartment at the old Linden Bar Hotel in the dead of Winter, an infuriated Jennings went there with a sledge hammer, fully intending to break into the place and risk arrest. Fortunately, a passerby had a key.

After retrieving their belongings, he found them a place.

The world is a better place with Alan Jennings in it.

But I was still blown away today when CACLV announced its 28th “Start Your Business” program, which starts on Monday, February 6, 2012.

It's a comprehensive, 20-week program is held on Monday evenings from 6:30 to 8:30 PM. It's d for people of low- to moderate-income who are thinking about starting a business or expanding their current business in the neighborhoods of center city Allentown. The course begins with a three-week preparatory segment called ‘Getting Ready for Business’, in which participants will have the opportunity to assess their entrepreneurial skills, the soundness of their business idea, and their readiness to start a business within six months to one year after completing the program. There is a $99 enrollment fee, payable the third week.

Why would this blow me away?

It's at 702 Hamilton Street, where State Senator Pat Browne, his lobbyist wife, NIZ tenant Joe Topper are all located, a building owned by NIZ Overlord J. B. Reilly.

Blogger Michael Molovinsky picked up on this right away, noting that the entrepreneurs Allan will be training are the very people shoved out of the way for the NIZ project. "You have been appointed to serve on the new NIZ Authority, and you're conducting your class in J. B. Reilly's building; The biggest private beneficiary of the NIZ, who intends to apply for even more loans. Ain't that rich!"

What does "qualify" mean here?

Developers are going to build buildings in the NIZ district. Some of these buildings will have ground floor retail space. Building owners will lease the space to businesses.

Nobody has to "qualify" they just have to lease the space.

Look at the businesses on Southside Bethlehem owned by young people. All of them are "low-to-moderate income" and I don't see why you wouldn't expect businesses like that to open in Allentown, especially if there are more office workers around to sell stuff to.

jon, for your information, several of the merchants were financially qualified to purchase buildings, but were never informed that private parties could avail themselves of NIZ tax benefits. more alarming, at least one was turned away as a tenant in the 800 block, because the landlord knew the city didn't want "urban merchandize" in their new vision.

As Alan might say, "The business of the poor has been very, very good to me".

Boy, Geeting, you have no clue what the hell is going on.

Whoever thinks Alan is a champion of anything but his ego is a fool. For most, being nominated to sit on the NIZ board would feel awkward and against good judgement.

The "War on Poverty" is the nation's longest, never ending war, and could have been won years ago.

It's just that there's too much money to be made and power to be wielded by those who "fight" it.

Jennings makes ()K, is that with bene's. Not bad. Poverty does pay.

Poverty is a lucrative industry. Jennings has done well. Colleges in the 70s were cashing tuition checks and churning of MSWs for good reason. There's money in caring - or at least saying you do. It's also why it costs 90 cents to administer every dollar of federal aid. Lots of MSWs get paid before the poor. Lots.

Just to let you know, that the information regarding the claim that "Back in 2009, when a young family that included a 3-year old girl, were locked out of their apartment at the old Linden Bar Hotel in the dead of Winter, an infuriated Jennings went there with a sledge hammer, fully intending to break into the place and risk arrest. Fortunately, a passerby had a key." is actually only HALF the story. This story was not broken by WFMZ Channel 69, the Morning Call, or Alan Jennings, it was filmed and documented by Ben Nicholson, my former partner and friend when we were TRULY providing a voice for the Allentown Urban community with our popular internet show, 5 MINUTES OF FLAVOR. Go to YOUTUBE.COM and go to the GROWN SEXY SOBER CHANNEL and see over 60 segments of interviews, including the young family that was mistreated by the landlord. It wasn't until we released the videos on YOUTUBE and on our websites, which included, www.gsands.jimdo.com and www.lehighvalleyflavor.piczo.com, did we get calls from City Hall and contacted from people who were willing to donate to this suffering family. It was strange that while we were coordinating assistance for the family AFTER discovering their predicament, that all of a sudden, we saw Alan Jennings on WFMZ Channel 69 with a sledge hammer and getting press about his heroics. Unfortunately, Ben NEVER got the credit he deserved....