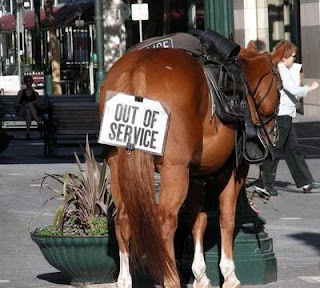 Since 2006, I've tracked attendance records for Northampton County Council members, including their Committee participation. It's where most of the real work is done, and where the showhorses become no-show horses.

What I like about this kind of rating is that it is objective. Political party makes no difference. A Council member either shows up, or not.

Tied for last place in Council attendance were Ann McHale, who retired at the end of this year, and Bruce Gilbert. They each missed seven meetings.

In addition to the Council meetings, there are eight standing committees. These are Economic Development (Mike Dowd - C); Finance (John Cusick - C); Human Services (Tom Dietrich - C); Intergovernmental Affairs (Peg Ferraro - C); Legal, Judicial & Operations (Lamont McClure - C); Personnel (Ann McHale - C); Open Space (John Cusick - C) and Long Range Planning (No Chair). Traditionally, each Council member is encouraged to attend every Committee meeting, regardless whether he or she is a voting member. In addition to individual attendance, the committees that do meet are an indication of what issues concern Council members.

McClure's Legal Committee conducted no meetings, just as he failed to conduct any in 2010. Ferraro's Intergovernmental met just once, and that's its first meeting in the past 6 years.

So much for regionalism.

Although I have been highly critical of John Cusick and Tom Dietrich, they are the County Council Workhorses of 2011. Peg Ferraro really picked up her attendance as well, following a year in which she underwent a double knee replacement. Reverend Dowd re-energized he Economic Development Committee in his quiet and unassuming style, and as a result, some business projects like the Chrin TIF are moving forward.

McClure's attendance record is horrible, even to the point where it became a campaign issue. He has claimed he's unable to break away during the day, but I've seen no push from him for evening meetings, as I have from Scott Parsons. It's inexcusable that his Legal Committee has failed to convene even once in the past two years.

But he was re-elected.

We get the government we deserve.

Bernie,
Would You PLEASE ALSO do Lehigh County Commishiners Attendence Record. I do NOT care that they No Longer are Commishiners Right Now it May Make a Difference in the Future if any of them run again. Thank You

I will speak to Dave Barilla tonight about this.

Adding the budget meetings to the regular meetins could seem like you cooked the numbers a little. So if you ONLY used actual council meetings, what were the members' attendances?

I cooked nothing. The budget meetings are full meetings of County Council and I have used them every year.

Bernie..do you know who the new council committee appointee's are? Wondering if there is a change of liason to the jail. Thierry was there sometimes last year and Dietrich was also at some Prison Advisory board meetings. Thanks

What is the member's rankings if you only calculate regular cc meetings?

No. I counted full meetings of CC. Those include budget hearings. One does not get to decide what CC meetings do and do not count. Incidentally, McClure's attendance is near or in the basement, even by your restricted standard, so give it up.

Dave, I don't know who the new appointees are. Cusick handed out committee assignments at the last meeting, but did not bother sharing them with the public. I'll email him.

Tomorrow is canceled due to lack of interest.