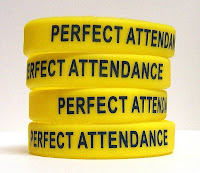 Some people have asked me several times now about my report card for last year's County Council attendance. I've done the research and it's coming. Unfortunately, I've left my notes at a friend's office again, but will have the hard numbers for you by Friday or Monday.

Until then, let me tell you that John Cusick is still Northampton County Council's workhorse, with Tom Dietrich nipping at his heels. Lamont McClure still has an abysmal attendance record, so bad that Morning Call columnist Bill White drew attention to it. But there are some surprises. For example, there was an amazing drop-off in Angle's attendance at committees, and this was before the election. It's almost as though he knew he would lose.
Posted by Bernie O'Hare at 1/05/2012 12:00:00 AM

Ron Angle drew a check, even if he said he will donate the money. He owes the taxpayers due diligence in regards to the job for which he was he was elected. Maybe resign if your not interested in the commitees.
"EOE" the same goes for the rest of the no-shows.
BTW is there going to be a ceremony when Ron Angle presents the Slate Belt with the promised monies he has stashed from his compensation?

Of course Angle knew he was going to lose. Whatever one might think of him he was/is not stupid.

Cusick's attendance has been very good but his performance lackluster. The ball is now in his court with the new council. Let's see what he does with it.

Bullshit. Angle though he would prevail or he wouldn't have spent $40,000. Angle has two great loves in life, himself and money. No way he spends 40 large if he thought he would lose.

He is smart and knew his name negatives were higher than Reibmans' at his worse. He spent like a whore hoping to eck out a win and rub it in everyone's face.

Oh, I forgot his third love, his ego.

My, my, you do have some issues don't you.

Perhaps reaching out to the future instead of living in the past might ease your bitterness.

Or you could just throw yourself off the 8th street bridge.

Moonflower my ass Ronnie boy. You don't spend a nickel you don't think will yield you a return.

Yet another sick anon person that needs so desperately to be healed.

Flowers on the moon? Gee that's about as hard to believe as Angle shrugging his public duties because he "knew" he was going to lose. This great man would never do that.

Perfect Attendance. Surely not in
Lehigh County. Check out that Jones guy.