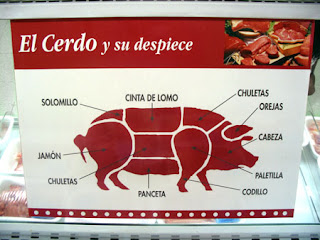 Step right up and get your free money!

That's what Jon Geeting says, and says Allentown should take advantage of this "free money," i.e. debt, to repair infrastructure. Never mind that this is largely the responsibility of utilities.

How much more "free" money does Allentown deserve? Isn't the NIZ enough? Now Geeting thinks the Federal government should join the State government in helping "poor Allentown." He thinks this kind of "pork" (El Cerdo Es Bueno) is OK and blames Charlie Dent for not pushing harder for it. Enough already. The crumbling infrastructure in Allentown has a lot to do with poor choices on how to spend taxpayers' money. Allentown's Mayors and Councils have been "kicking the can down the road" for years. Now the can has disappeared into a gaping sinkhole. Oopsie! Is it the rest of the state's or the country's responsibility to reward Ed Pawlowski for making bad decisions or his predecessor for giving away the keys to Allentown's budget to the Police and Fire Departments for their bloated pensions?

as you so often say - you get what you vote for. Councils, both county and city, and mayors will continue to run amok as long the sheep (both voting and non-voting)allow them to

Is it the fault of Allentown's current residents that they have inherited a massive network of decaying water and gas lines? Maybe the taxpayers who originally installed them should have to pay? Should we send the bill to the people who fled for the suburbs from the 60's to the present?

My bottom line is, there's a ton of idle workers, a huge infrastructure problem to fix, and the federal government can borrow at negative rates. We should stop collecting tax revenue altogether while yields are negative and spend the money on getting people back to work.

There's no good reason not to do this. With sustained 9% unemployment, we should be doing this in cities all over the country.

Decisions like those made by Allentown's government and UGI have consequences. We are witnessing what those consequences are. Geeting is right, something needs to be done, but the cost needs to be borne by Allentown and its water customers and UGI and its shareholders, not the rest of the state or the country for that matter.

When is the first exciting ice hockey match at the $ 160 million dollar Pawlowski Palace of Sport?

First, noting the obvious - it's not free, and even using Geeting's definition of free it's only free if it's paid off by cash (not another borrowing) in accordance with the original bond offering.

Now, UGI has been paying dividends for at least 32 years (that's all their website goes back). Their customers have been paying below market rates for gas because apparently the company has no cash reserves for capex. And the taxpayers should bail them out why?

By all means lend UGI the money to get the work done (if that's the impediment). But only if the following happen:

1. All Davis Bacon requirements waived so that we can get the largest number of people working and the projects done cost competitively.

2. All senior management at UGI be fired for incompetence.

3. All dividend payments to UGI shareholders be suspended until this borrowing is paid off.

4. UGI rates be increased to cover the cost of repayment (sorry UGI customers, you had it easy for decades, now's the time to pay for it).

There is no good reason to not require this.

But, but, but ... Obama said the unemployment rate would NOT go above 8% if we did the Porkulus!

Too bad What-Am-I-Gettings-From-Big-Government is such a coward and is incapable of answering direct questions put to him at his formerly "Independent" blog.

What if President Obama's buddies at Solyndra gave back all the money flushed down that Green Energy toilet ... would that be enough to fix Allentown's amazing infastructure problems?

When is the first exciting ice hockey match at the $ 160 million dollar Pawlowski Palace of Sport?

Congratulations!!! You managed to spell it wrong twice.

Maybe the taxpayers who originally installed them should have to pay?

That would make as much sense as enslaving future generations of city residents with insurmountable debt. Who in their right mind would move into or stay in the city to pay it off?

That's the funny thing with borrowing money, even at low interest rates. Sooner or later it has to be repaid.

I am quite honestly appalled at those who continue to advocate for additional debt at any level of government. We're spending above our means and expecting someone else (in the future) to pay for it.

That's the ultimate expression of greed and selfishness.

English is not my first language.

But YOU, obviously, got my point.

Glad to be of service and have yourself a pleasant day, Comrade.

Is that all you can comment on, Anon 4:10, how poorly a Russian ice hockey coach spells English?

No concern for the ridiculous and out-of-control SPENDING by Big Government at every level?

No concern for an obvious lack of priority by our "esteemed" elected officials?

You know you are probably missing an American Idol rerun, right?

so many angry people, so few bridges to jump from.Help us out here guys - JUMP!!!

Anything you say, Moonflower.

Can you show us the way?