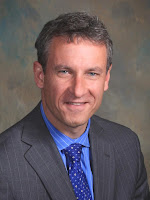 LV Congressman #2, Tim Holden, might be getting hit from the left. Gort42 has reported on the buzz, and I've just received an email that Lackawanna County resident and attorney Matt Cartwright will have a "major announcement" about the Congressional race tomorrow.

Incidentally, I've attempted reaching Holden's Congressional office via email for news releases, but when I enter my Nazareth zip code, I'm robotically told I'm outside his distict.
Posted by Bernie O'Hare at 1/23/2012 10:35:00 AM

Are all the t's crossed and i's dotted with this redistricting thing. If not maybe your reponse was due to it not being official. I say this because on PCN today it appeared they were still debating the merits of the plan.

Bernie, You'll get that out of district message because you're still part of the 15th district until after the election. Dent is your congressman until then.

Holden's only standing in your district is as candidate - your best bet is reach out to his campaign.

2:47
Please refrain from explaining this as it shoots down Bernies theory that Holden is ignoring his constituents.

Holden is too busy coddling a base that tried to rationalize the stomping of a Latino immigrant. I wonder if people in that part of PA have much in common with the eastern edge?