Parks: Musikfest Has No Plans to Abandon Bethlehem's North Side 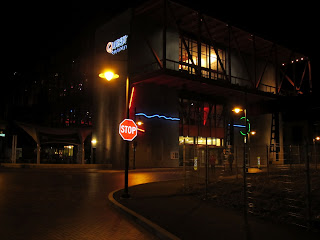 Although ArtsQuest Executive Director Jeff Parks was before Northampton County Council, at their January 19 meeting, to update them about the new Artsquest Center at SteelStacks, he stopped in the middle of his presentation to make another point.

"There are no plans now or in the future to abandon the north side of Bethlehem," declared Parks, responding to rumors that Musikfest will soon be operating solely on Bethlehem's re-energized South Side. This idea has never even been discussed, according to Parks. The Musikfest mastermind added there's "simply not enough space to move Musikfest to SteelStacks. We can't do it. It's physically impossible."

In response to questions from Lamont McClure, Parks confirmed what he's already stated publicly. He plans to give up the reins at ArtQuest in January 2015, but expects to remain active.

"I'm not moving to Florida," he joked.

Word is it will be either Callahan or Cunningham. Any ideas on the rumor mill. Hard to beleive Callahan since he is already planning his next run against Dent from the County Executives office.

neither have the skill or brains to run this operation.

After seeing what Callahan did to Bethlehem just the mention of his name should scare all of us.

Funny, Artsquest has determined there is not enough room to move Musikfect to the south side despite the fact they never discussed the idea.

Artsquest is Parks' 401k, all from taxpayer contributions and sponsorship. Charity.

And, does Artquest return any taxes to the public coffer? Don't think so. Not even a payment in liew of taxes. It is a drain, and eventually will become a ghost town.

"It is a drain, and eventually will become a ghost town."

Funny... didn't it give new life to a ghost town. People forget that this was unwanted land, chained up with many sections that couldn't even support weed growth.

Will it eventually become a ghost town? Sure... just as Steel did.

I have to say that I loved it there, and I do not hand out those compliments easily. I will be back, if only to catch a movie.

Bernie You should bike down the towpath and through the complex when the weather breaks.
I go from under the bridge (North Side)by Fritch Fuel down to Freemansburg on the towpath , In the middle of Freemansburg there is a footbridge over the canal, up onto Main Street, over to and pass the Bethlehem shit plant at Applebutter Rd., up to the Casino through the Steel Stacks, cross the Faye bridge back to Fritch....nice ride.

Thanks for the ride tip. I have biked and run from Allentown thru Beth to Easton and bike, and go that route, but did not know about the ride into Beth south side. That sounds really neat, except for the shit plant.

Nice route but the shit plant can be a killer depending on the weather.

Glad to hear you are all enjoying our great city and the new parks and trails. It was wonderful how they all magically appeared considering that you think the administration has done nothing.