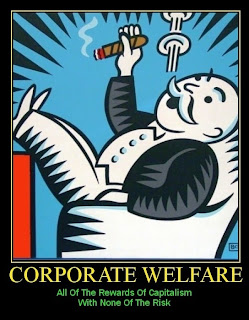 In response to the news of Allentown's tax grab, Macungie EIT Collector Rose Nonnemacher has done some financial analysis. Her startling results, which she shared with Morning Call reporters Scott Kraus and Matt Assad, reveal that Allentown will be able to divert $4.5 million in EIT every year.

Using only the 4 businesses you mentioned, with a total of 2700 employees, the following revenues will be placed in the NIZ account, assuming an average salary for these employees of $40,000.00 annually (given that Butz and PPL are both headquarters, I feel that figure is conservative):

This totals over $4.5 million dollars into the fund annually, and does not include business privilege or PA sales taxes collected, all of which I assume are affected. It also does not include any of the numerous smaller businesses in the zone.

Was any reason given why this zone is set to be there for 30 years, when, with the amount of revenue being set aside yearly, the $20 million dollar debt could be paid off in 5 years?

This legislation gives the City of Allentown the power to delay payment of Earned Income Tax to area municipalities by two years for the next 30 years. Is the City controlling this money? Are there checks and balances on them to be sure they don't "borrow" any to balance their budget? How will they disburse the excess taxes collected: will the individual taxpayers be named and the amount (full or prorated) be listed so the tax can be properly credited by the tax offices -or will the City submit a lump sum for each municipality - and if so, who would determine the correct municipality?

I guess the biggest question is...how did this legislation get past the entire community of municipalities and school districts?
Posted by Bernie O'Hare at 1/25/2012 02:39:00 AM

This may turn out to be the biggest story of the decade. Keep digging.

It probably lasts for 30 years because the city is going to keep leveraging the tax dollars to keep growing and growing into a larger city. Which is awesome.

The big hill near 78 & 611 keeps growing too with New York & New Jersey garbage just like Allentown. Geeting get your head out of Pawloski's ass. This NIZ stinks just like that big hill

Yes, she does. She cuts right thru the bullshit.

The biggest one is including PPL. The PPL tower and annex is not included in the NIZ, only the plaza which is accross the street.

I believe only the PPL Plaza is included. If Rose has that wrong, the figure is still pretty high, and will only get higher as ore tenants are poached from other areas of the Lehigh Valley.

I see your point, but would argue that with 5 new tenants poached from other parts of the LV, it will soon be higher than $4.5 million. You are also correct that only PPL Plaza should be included.

Just to stir some added controversy: Why should I, a resident of Allentown, care if a business from Bethlehem or Whitehall takes advantage of the NIZ and moves into Allentown? Since when should I care about municipal governance outside of my municipality, especially if it means that more people will be working in Allentown and paying EIT to the city?

I don't like the Government, either directly or indirectly via excessive taxation, telling me where to live.

That is incredibly and ridiculously un-American.

Deal with it. You can vote with your feet or with your ballot.

Exactly how much of their own money does the BROOKS GROUP (owners of Phantoms hockey club) have invested in this project?

The average stay of a Philadelphia Flyers minor league team in an American Hockey League city is, historically, less than seven years.

What is to prevent the Brooks Group from pulling out in the middle of the night, a la the Baltimore Colts?

I will deal with it.

Count on it, Comrade.

Note: the city won't control the money for disbursement. The money is held by the state Dept of Treasury.

Cities, like Allentown, were formed around certain conditions that existed at the time, for example, creating a solution to the relatively expensive transportation of goods.
These conditions no longer exist.
Cities, including Allentown, are largely obsolete.
They shoudl be allowed to die an orderly death.

THe head count is inflated with PPL tower that isn't in the NIZ. A lot of the small businesses demolished didn't have a lot of high wage jobs. Also, business privledge tax is only an Allentown issue.

The state income tax is a big part of the $4.5 million quoted and it doesn't impact the local EIT taxes.

The Macungie (former)tax collector is always upset with Allentown over the change in the EIT collection process, but Allentown didn't write the law that eliminated the local tax collectors like Rose. She has been in the MCall before complaining about Allentown.