Did Callahan Vote Four Times For a Tax Increase? 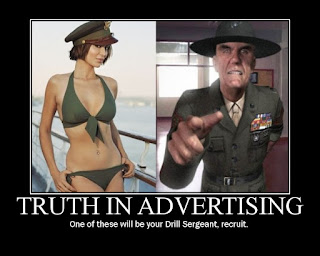 "Regardless of what party any one of us might usually vote for, we owe it to our own personal sense of integrity to figure out who is lying."

That's a comment from Noel Jones, who publishes the terrific Neighbors of Easton. I promised her a bullshit-free answer. Believe it or not, a news release from Charlie Dent's campaign contains the underlying factual basis for Dent's claim.

√ He voted for the 2004 budget that included another tax increase of 2.2% and which increased the sewer rate and recycling fees.

√ Callahan then raised property taxes an additional 13.4% in the 2006 budget.

they are both twisting the truth for their own convenience. vote for Jake Towne and get rid of the double speak

Dent is lying about Callahan raising his own pay. He may have voted for a pay increase when his was a Councilman, but it was not his pay then. And he was mayor when his pay was raised in Spring of 2009, when Council increased the pay of the Mayor position.

"Dent is lying about Callahan raising his own pay."

This post has nothing to do w/ Callahan's payhike, but if Council voted him a raise in '09, it is presumably bc he wanted it. As Mayor, he does have a vote and it's called veto. If he did not veto the raise, he voted for it, he presumably agreed and wanted it.

Charlie Dent has proven by his horribly negative campaign that he is not worthy of re-election. If he had a record to stand on, a record that helped people, he wouldn't resort to his half-truths and lies.

Here are some facts:
1. Callahan has not raised taxes in Bethlehem in four years -- tell me one other city in PA that can boast that record. Also, whejn was the last time Charlie Dent had to balance a budget? His federal budgets in his six years have led to more than a trillion dollars in new debt.
2. Cit Council votes on the mayor's salary NOT the mayor and as a state rep Dent knows that. And by the way, City Council voted for the raise to set compensation rates for elected officals PRIOR to the election campaign. And Callahan's raise at 2 or 3% per year pales to Dent 37% increase and YES DENT VOTED FOR HIS OWN INCREASSE.

There are the facts.

Look, if Hizzoner got a raise, God bless him. But don't try to maintain he had nothing to do with it. He does have veto power, though it would be incorrect to say he "voted" to raise his salary.

As far as Dent goes, he voted against a payraise in June '09, and in January '09, voted to repeal automatic payraises. So you are spreading disinformation.

It has always been a fantasy of mine for ads like these to go thru a panel that examines them and tags a 15 second judgement after them. The original ad would remain intact, but the "truth" would follow. Only problem is the natural bias of the panel, so once again the viewer has to decide.

Wow! This is the first thing you have written in awhile that was factual or at least not overtly bias.

I always think its funny to berate public officials if they raise taxes, but then also attack them for the budgets over run if they don't make the hard decisions. Callahan has the smallest staff in city's history (other than police and fire), is using coorperate tools to optimize process within the city and has paid down debt.

Now I know you did not write about the pay raise thing, but has anyone noted that the Mayor gave his raise away?

"Since Leeson's proposal to freeze council's salary, Mayor John Callahan said that if council granted him a raise and he is re-elected, he will donate next year's net increase to a charity that combats homelessness."

Thanks for the link. I assumed, incorrectly, that Callahan must have wanted that raise. It's nice to see he donated it to charity.

Putting it all together,

1) Dent not only voted against his tax hike, but supported legislation to end automatic pay hikes.

2) Callahan was forced to accept a payhike, but remitted the funds to charity.

And in fairness I believe Dent also donated his raises to charity while in the state house . He did not however as a congressman.

I'll be glad after tuesday when this is all over, hopefully we can all unite again and do what is right for the 15th no matter who wins or loses, everyone is going to have to work together to get anything accomplished.

None of us really hate Charlie nor would I think John, and both have taken things out of context and muddied the water baddly but nothing is beyond repair.

What a dreadful choice. Both of these guys are typical politicians with no convictions except to be elected. The no-chance third guy is just plain weird. Voters have already lost this one.

Okay for the past four years Bethlehem property taxes were not raised. In the last two years, the general fund balance went $8.5 million into the red. This happened since the budgets presented were balanced with overly optimistic revenue projections which weren't met. So expenses and debt service exceeded revenues. Yeh -- no tax increase but the taxpayers now have a hefty deficit to make up. In my opinion this is nothing but a deferred tax hike -- delayed until after another election cycle.

"I'll be glad after tuesday when this is all over, hopefully we can all unite again and do what is right for the 15th no matter who wins or loses, everyone is going to have to work together to get anything accomplished.

None of us really hate Charlie nor would I think John, and both have taken things out of context and muddied the water baddly but nothing is beyond repair."

Agreed. Actually, although both candidates hit each other pretty hard and were certainly negative, I expected it to get much worse. The state house races were much worse by comparison.

But in the end, we're all on the same side.

Thanks for the clarification, Bernie. I think both candidates would have campaigned better by sticking to their own strengths rather than spinning stats and mudslinging--but then, the election will tell us who that strategy may have benefitted...

After much agonized deliberation and research, I have decided to endorse Towne (I), Sestak (D), Mensch (R), Freeman (D) and Onorato (D). I was raised a Democrat but am an Independent at heart and never straight-ticket--my reasons for endorsing these five are all on the Neighbors of Easton blog for anyone interested--thanks for the plug, Bernie. And may the best candidates win!

For the record, John has not increased taxes for the last 4 years. The longest time period of no tax increase in the last 30 years of the City's history. He just announced that he is not going to raise taxes for the 5th consecutive year!

As for the pay increase, he did donate it to charity. Bernie, you are so quick to assume the worst of John. Yet you fail to note how dishonest and hypocritical it was for Dent to run the "pay increase" ad when he makes twice as much as the Mayor and got a siginifcantly higher raise than the Mayor during essentially the same time period.

I know John and Mafalda. They are good people, truly good. They come from us & they understand the struggles of the majority of us. If the purpose is to choose someone who can represent us, then there's only one choice.

Bernie, I think you know me well enough not to mislead you on this one. My family and I have been truly blessed by the Callahans, and I know no finer people.

In light of the recent events. how is Charlie Dent keeping us safe if he voted against the spy funding bill just a few short weeks ago.


More people should pay attention to the "how they voted" section in the Mcall.

Carla, My opinion of Callahan went South the second I saw a mailer depicting a soldier with blood running down his face. Sorry.

Well I spend a great deal of time with John, and completely agree with Carla, whom I also think is one of the best people out there. I'm proud to call both of them friends. As far as the one add goes it does not change the man or what he has accomplished. I know you found it distasteful and maybe it was to some, but it made the point and had people read on. I think showing John throwing dice (which was part of the opening ceremonies at the casino) and acting like john is some kind of gambler was wrong. Dent calling John a bad mayor was wrong. John loves our city and does his best every day to make it better, does he always succeed no but he makes the best decisions he can with the information he has.

Both you and Carla are welcome to support and endorse Callahan here. I personally do not think that running the city in the red for two years in a row makes him a good mayor. I also don't think he had a compelling reason to run for Congress, other than blind ambition. It's not like Charlie Dent was some ogre that had to be removed. I was also offended by that flyer. But I do respect John's wife.

But you and Carla apparently know John personally and like him. That's important, and you should vote for the man you like. I know Charlie Dent. I met him in 2006, when he earned my vote, and I have grown to really admire and respect him on a personal and professional level. Like you, I will support the person I know and like.

Fair points, I also have met Charlie on many occasions and find him engaging and caring and certainly not an Ogre. That being said I question how or if he has really represented the valley as he should. The little bit of actual policy that he has completed in his many years is shocking and I have no reason to believe if he gets his "most important" vote for boehner as speaker of the house that it will be good for the valley or our nation as a whole.