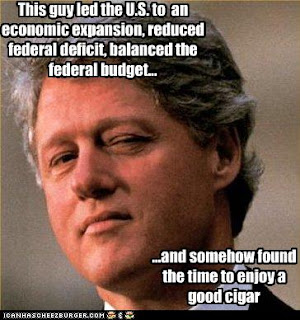 As I've mentioned before, the Lehigh Valley Project 9-12/Tea Party Group is a growing presence in local government. Members have invaded Bethlehem, Hellertown, school boards and both County legislatures, countering the usually unrebutted claims of special interests always looking for a handout.

At last night's meeting of the LC Board of Commissioners, Commissioners were presented a missive from the local teasters, in which they actually side with Executive Don Cunningham on one point.
"County Executive Cunningham did raise a valid point during the budget debate. The Republican Commissioners offered no clear alternate budget with adequate changes and significant spending cuts to achieve a balanced budget without tax hikes.

"Therefore, we request to see your plan to 'balance the county budget… by 2012'. Our organization would like to review the plan in detail in order to educate the public about such alternatives and prevent any future tax hikes or continued budgets with operating deficits."

This is a very fair criticism, and one that was also made by Chairman Dean Browning when he voted for Cunningham's budget.

Their second point reminds GOP Commissioners of a pledge to tie union wage hikes to County revenue or Social Security COLA. Chairman Dean Browning may have sinned in tea party and other Republican eyes by supporting Cunningham's budget, but he has for years attempted to tie salary increases to the revenue generated by the County.
Posted by Bernie O'Hare at 11/24/2010 12:02:00 AM

This one is easy:lay off 4 judges and their support staff;lay off half the district magistrates and support staff ;only process cases from the police between 8;30 am and 4 p;m;discharge 400 inmates from the jail and lay off 200 correction officers;freeze all admissions to the nursing homes and don`t fill any nursing vacancies as staff quit and retire;cancel all farmland preservation efforts;turn the human service money over to united way and lay off those lazy caseworker types;fire the county solicitors; close down the human resources office;cut the domestic and assessment office in half and oh by the way i alomst forgot the District Attorney`s office...close it down it isn`t really needed. WOW ...i think we balanced the budget--wasn`t hard at all.

Bernie--would you say that the Tea Party in the LV has been primarily focused on county politics? Or do you know if they've been a presence at many city council or school board meetings? Just curious--depending on how big they are, there are only so many meetings people can attend, and if you want to have a strong draw at any one group of meetings, you can't overwhelm memberships with too many other meeting requests, so it might be smart to focus on county.

Noel, It's a pretty big group, 1300 strong and couting. They have been focused primarily on national issues, but have begun to make the local connections and have started going to meetings. It's usually just a few, but they rally on important and galvanizing issues.

Although I do not share their ideology on most issues, I think they are basically a positive force and good for democracy.

Members have been encouraged to get involved at the local level at least since I've been attending their meetings last February.

The organization makes it easier for people in the same school district, township, or whatever to meet and network together. All it takes is one member to start asking his neighboring members if they would like to take an interest in the local goings-on. Some of these people were already attending local government meetings and they're glad to see others take an interest.

Since quite a bit of the troubles our local governments are having originate from State & Federal mandates and regs they also fit into the equation.

Corporate profits hit record highs. Few if any even pay income taxes. And this grass roots movement decries the socialist shackling of multi-national corporations and attacks the peon workers who dare to earn minumum wages.

Righteously indignant dupes who villify the wrong target. We can look back two years from now and see how their representatives saved the nation.

But, since you brought it up...

Sweet web site, I hadn’t come across blog.angelsfromabroad.com before in my searches!Carry on the fantastic work!