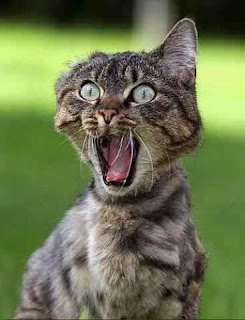 In what almost seemed like an afterthought in a night dominated by discussions about stray cats, library fees and developer Abe Atiyeh, Bethlehem Township Commissioners on November 15 formally introduced next year's $14.38 million, no-tax-increase budget. Like many surrounding communities, the Township is leaving vacancies unfilled. There will be no wage hikes for the nonunion workforce, although three unions are still their negotiating contracts. There are also deep cuts in monies to volunteer organizations. But not one person rose to demand more money. And Commissioners, who discussed the budget extensively in prior meetings, were all talked out.
But they had plenty to say about stray cats. In a new agreement with the Center for Animal Health & Welfare, a successor to the SPCA, Bethlehem Township will be charged $100 for every stray cat and dog from the Township, whether brought in by the police or a private citizen. In 2009, that fee was just $50, according to Township Manager Howard Kutzler. This year, the Township has already been billed $7,000. "That's a lot of money," complained Commissioner Thomas Hudak, who added that many of the strays being brought in are cats. "How menacing is a cat?" he asked. President Arthur Murphy, however, could see no way around it. "We really have no choice," he argued, and Commissioners voted to execute a new agreement, with only Hudak dissenting.

With feral cats out of the way, Attorney Stan Margle briefed Commissioners on the confusing status of two lawsuits involving developer Abe Atiyeh. One arises out of a controversial treatment center proposed along Fritch Drive, recently approved by Judge Michael Franciosa, on condition that it be a County-run facility. Because Northampton County has now prefers West Easton over Fritch Drive, Atiyeh has appealed a settlement agreement in which he himself participated.

A second lawsuit, which involves Atiyeh's contention that zoning fails to provide for a prison, has led Margle to suggest amending the Township Zoning Ordinance to give Commissioners, and not the Zoning Hearing Board, the final say in these matters. Although they decided to wait for a decision from Judge Franciosa, Commissioner Paul Weiss stated that they, and not the Zoning Hearing Board, should make the call on the policy matters that arose with the proposed treatment center.

Having dealt with strays and Abe Atiyeh, the final problem tackled by Commissioners was the Bethlehem Public Library. President Murphy, unhappy with the increasing annual contribution, set for next year at $375,000.

Commissioner Thomas Nolan said that a library "is very useful. They afford opportunities for a lot of people on a lot of different levels, so you just don't say 'Let's go.'" He added that Bethlehem Township had opted out of the library many years before but has been a member since 1987. "We're not in 1987 anymore," answered President Murphy. "There's a thing called the Internet. ... Kids are no longer using the library for their research."

I would like to hear what folks think about municipalities taking out a loan to cover budget shortfalls in order play a no tax increase budget. This seems to go against "pay-go" philosophy. While it may be politically proper, especially leading up to municipal elections, it seems like it could create a snowball that has the potential to grow.

I am willing to venture a guess, that if municipalities are not proposing a tax increase this year, they either took out loans to cover budget shortfalls, or raised taxes at least once in the last three years. Bethlehem Township saw 1.25 mill increase just last year. I give them credit for keeping the budget steady this year. It seems like mandated pension contributions, increasing energy and material (asphalt) costs, and reassessments, have dealt a blow to most municipalities.

The opportunity is to have a hunting season for all stray animals which would be for 2 weeks a year. I'd like to include squirrel's as well. Sell a license which would generate monies and eliminate the need to fund the animal prisons which are way over crowded.

If the center for animal health and welfare would go back to putting animals down that don't get rescued after a certain time, or have very costly health needs it probably wouldn't cost the township so much. There is never room to bring an animal either. It's insane.

What this blog entry really proves is it's nice to be Abe's lawyer.

A limited hunting season on loose cats would go a long way.

Maybe Stoffa and Atiyeh will build a drug rehab for cats.

Time to rustle up some kitties for the Chinese buffet!

I'm sorry but I can't allow that comment. My apologies.

How did you get that picture of the Pawlowskis house cat?