AOL Patch Coming to the LV, Possibly Next Week 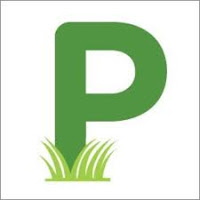 AOL's foray into "hyperlocal journalism" - Patch - is coming to the Lehigh Valley, possibly as soon as next week. That's according to LV Regional Editor Susan Koomar, who I met yesterday. She was a panelist at a Northampton Community College symposium on the swirling changes in the news biz.

Patch's goal is to have 12 local editors in the Lehigh Valley, each covering different areas. Five are already on board, and two are still being trained in NYC. Emmaus may go live as soon as next week.
If you'd like to see an example of this site in operation, take a look at the one set up for the Ardmore area. You'll notice a lot of local news and sports, with a heavy emphasis on video. In addition, a fairly detailed calendar of upcoming events is included, and Koomar explained that readers can add their own functions.

As Jeff Pooley noted in his own study of Patch, Allentown will go uncovered. It's a gold mine of stories, but Koomer claims it's simply too big for one editor.

Local editors - armed with laptop, phone, camera and police scanner - are set loose in their communities and seem to be doing most of the work, although they are allowed to use some freelancers.

This might flop. But it might also prove to be the only source for news in smaller communities, which are increasingly being ignored by or newspapers.

"As Jeff Pooley noted in his own study of Patch, Allentown will go uncovered. It's a gold mine of stories, but Koomer claims it's simply too big for one editor."

Oh, how I wish I could take my experiences in Allentown, PA over the last 7 years and make a movie! The reality is that this is not really a big surprise to many of us who live here. A-town has been passed over so many times, I am beginning to feel like I am in the movie, THE 10 Commandments. (smile) The demographics will ALWAYS be an issue when it comes to outside investors and opportunities. Again, until we take advantage of our resources, and create our OWN “pizzazz and sparkle” then it will be that much harder to obtain outside development. Sure, we will get “consultants” who will tell us what’s wrong with our City and give us their projections, but what does that actually do? They are telling us what we already know. We need to become more innovative with the City and embrace, cultivate, and produce viable and and economically sound ideas for A-town. It’s not impossible. I have been creating something out of nothing in Allentown for years and the COMMUNITY is all the better for it. In fact, they want MORE. “SELF SUFFICIENCY is key…” and then others will take notice and invest.