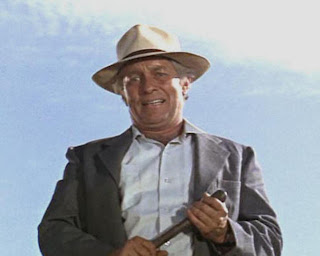 Because I was at a marathon meeting of the Bethlehem Zoning Hearing Board last night, I was unable to attend some other important meetings. Allentown is considering a forty per cent hike in earned income tax, and private prison operator GEO was getting an earful from slate belt residents about a proposed detention center for illegal (aka undocumented) immigrants.

On of my regular readers, Dave, lives in the slate belt, and attended last night's meeting. Here's his report.
"Here we go .. GEO called it a night at 8 PM sharp amid howls of complaints yet unanswered by the citizenry present. A lot of rude folk despite the BASD super asking for civility and written questions from the audience. Ron will be on the local news at 10 PM as they were interviewing him as I exited. Sat by Bill White the MCall blogger. I estimated the crowd at 300 or better. The GEO show was glossy and high tech and they did answer the big questions and you can tell they have done this a lot. The ACLU contingent handed out flyers and urged people to call ALL their local gov't rep's and say NO to this project. Gracedale petitions were everywhere but they were polite in asking for signers as well as a guy selling NO PRISON signs for $10 outside the doorway to the parking lot. I want to hear more . .. a lot more before advising anyone how this goes down. Good and bad in any endeavor. Political activism alive and well in the Slate Belt. Hang on ... it's gonna be a bumpy ride.

"Page two. Did not see John Stoffa there and not sure about the Twsp. supers as I only know Ed Nelson on sight. All local construction crews to be used at union scale. 300 officers and another 200 support staff at prevailing community wages, whatever that means? Use local vendors and attempt to hire from the surrounding area where possible and qualified. They admit the abuses do occur and they have paid heavy fines. They have some baggage, in other words, and say they are improving as they grow. They said also that they will be giving the public access to communities that have similar facilities ... phone numbers and contacts for anyone to call and ask about GEO and how they feel about them. Ron took some shots from the crowd at times but did not respond or acknowledge the hecklers."

Thanks, Dave. I understand that Northampton County Exec John Stoffa was there, too, and in fact left with Ron.

An Express Times story is here. The Channel 69 Video Dave mentions is below.

Angle and Stoffa hanging together. No surprise there.

The 3 AM troll slamming them. No surprise there, either.

Stoffa was there and stuck around to talk to folks on their way out. Township Supervisor Bob Gerwig was also there.

GEO gave a good presentation and left me thinking that maybe this might not be a bad project after all. My biggest concern is that they are advertising 80% of the positions at $35,000, which doesn't impress me as the kind of jobs needed for the area. HHS classifies a family of four as low income at $33,075 so I'm doubtful a family of four could afford to live in UMBT on that salary.

I want more information on the need for social services for both the families of inmates and those families who rely on employment at the facily. The Slate Belt can't meet the social services needs of its current residents, let alone those who move there to take positions with GEO.

It seems like the Elias and Geo matters are similar.Township and city costs go up every year so when they find a source of income other than raising taxes some people object.I guess if i needed a part time job to pay the bills and then turned one down because it had drawbacks,ill just blame the system for my shortcomings.

GEO has destroyed more communities than it has helped. The "families and friends" of the illegals flood the area of the prison taking over the local towns. They don't work so they strain the resources and crime skyrockets. But hey, that's all documented facts. Some of you robot types would rather just listen to what you are told.

Call Abe Atiyeh! Perhaphs he can put his treatment center in with GEO in Bethlehem Township.

Good one 5:47. Between dumping the seniors by selling Gracedale, the Atiyh drug prison in Bethlehem Twp. and the illegal alien jail in Mt. Bethel. Angle and Stoffa have pretty much totally screwed Northampton County. Not that anyone who knows these two are surprised. Two of the biggest incompetent whack jobs ever in government. Maybe Monroe County will annex us before its too late.

Amazing...now Ron is changing his mind! Hahahah what a good one. The residents of Mount Bethel need to remember that he brought it to the table, now that HE changed his mind it doesn't matter. Just ask Bethlehem Township Supervisors/residents on the Abe Atiyeh rehab prison. They didn't want it either, but the courts won the battle for Abe!! Ron brought that one to the table also. He can say he isn't worried about his elected position, but people can see right through that comment!