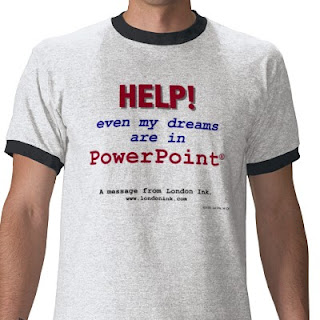 "I attended last night’s (11/10) budget sessions and wanted to relay my disgust about what these hearings have deteriorated into.

"The presentations given by each department head would have been better suited for an 'Inside Allentown (government)' course than for a budget hearing. Those in attendance were treated to city administrators reading aloud from lengthy PowerPoint slides. Instead of focusing on the actual budget for each department, the presentations focused on anything but the dollars and cents of running city government.

"At best the budget hearings have become opportunities for political grandstanding by department heads. At worst the lengthy PowerPoint presentations have become ways for the administration to filibuster the meeting and limit public input. These lengthy presentations were certainly not appropriate given the limited amount of time allotted to each department to discuss their budget.

"I freely admit that I left some time after 10:00 pm when the finance director began his presentation of what the finance department does. I was not alone in leaving before the meeting ended.

"In addition to the issue of the presentations, I must question the wisdom of scheduling two budget sessions back-to-back on the same evening. Similarly, I can only wonder about the intent of scheduling the discussion on the “Revenue” section of the budget at the end of the second session. Surely neither decision did anything to promote public input on an area that needs scrutiny.

"As you know, the administration has greatly overstated revenues over the past two years and those overstatements have resulted in deficits. Additionally, the 2011 budget is balanced by a proposal for an earned income tax increase that is directly at odds with the city charter. Given these facts, one would have hoped that the revenue section would be discussed before any other sections of the budget were reviewed.

"As a Certified Public Accountant, I think it makes more sense to first discuss how much money you actually have before you decide how much you will be spending. Last night’s meeting did just the opposite, and is perhaps an indication of why the city is in the financial situation it is in.

"I would hope that City Council shares the concerns of many about the legality of the proposed tax hike; the effects of a tax hike on city businesses; and would like to find ways to avoid the tax increase. If those concerns and the prospect of having the 2011 city budget being balanced on the backs of working families were important to City Council, it was certainly not evident by the low priority it was given on last night’s agenda."
Updated 1:00 PM: I should have checked, but just realized Jarrett Renshaw had already posted Schware's letter at Valley610.
Posted by Bernie O'Hare at 11/11/2010 12:20:00 PM

I agree with Michael. The meetings were arranged before the EIT was announced, but I was surprised and disappointed by the length of the presentations. We have asked for this information to better inform our budget decisions, but not in long presentation form. If anything, such presentations should occur the month before budget season. We also received them at the last moment.

I feel very badly (actually angry) that we did not get to the EIT discussion. However, I'm going to take responsibility for the scheduling issues. I teach 3 nights a week this semester, which makes it difficult for me to attend budget hearings.

We tried to put certain things on Wednesday nights, and I regret that. I never thought last night would be as bad as it was.

We have rescheduled a "revenue only" meeting for next Wednesday beginning at 5:30pm. Up to 7:15 w are dedicated to discussing the revenue issue.

And thank you for repeating the message that the administration did not admit to revenue problems over the last two years, when they should have.

Who cares anyway? Really? Allentown is one of the worst city's in America. It is continually falling apart and no matter what any brainiac attending meeting thinks, the City is still bankrupt. There is no way to fix it. Imagine how rich someone would become if they could figure out how to make a 2nd tier city in Pennsylvania work. Again, who cares about Allentown?

Mike Schware should publish this as a letter to the editor. the more publicity, in addition to those tha read L.V. ramblngs and m.c. 610 blog, the voters in ALLentown might finally elect some Republicans to provide someone to provide checks and balances. Schware for Council would be great.

Did not the Mayor make large CASH Contributions to Current city councilembers and city controller from his pay to play fund and the Mayor reminds them he paid now it is time for council to play with his budget and vote as he presented them. From the Chicago Politics course 101. Mayor earned a A when he took this course.

Who exactly is Mike Schware?

When are Allentown residents going to demand action? Imagine being out-of-state parents visiting Muhlenberg and traveling on Tilghman the other afternoon only to witness a daylight shooting.

Bernie
When we complained on your blog about local councils allowing only 3 minutes per individual citizen input, a lot of hot air explanations were offered. Taxpayers everywhere are losing their citizen rights.

Did anyone attend Allentown's council meeting and can tell us if the audience received paper budgets to read?

Changing the subject but only a little. Just read your blog about Bethlehem's south side traffic jams and the fact that this committee recommended speed bumps.
"Speed humps along William Street, Fire Lane and Creek Road, which forces the driver to slow down."

Allentown refuses to install speed bumps where they are needed and the city even admits there aren't enough police any way to enforce current traffic laws. So why is Bethlehem realistic about issues such as these and
Allentown hides its head? Maybe Mike Schware will offer some explanation.

Mike Schware is a CPA and former R candidate for Controller in Allentown.

Beyond Mike being a CPA he's a concerned city resident who is smart, articulate, follows Allentown news, and shows up to the table time and time again to make his voice heard. Michael would benefit the city of Allentown greatly by considering another run for city controller. I would vote for him!
Kim Beitler

I agree with Kim in respect to Mike.

I attended ATown council, and we we were told paper budgets would likely be available Thursday on a first come first serve basis.
I wanted to get down and get one, but I had other commitments.

Schware is another whining losing candidate. Wahh!! I didn't win so I will appoint myself as the protector of truth.

Who cares he has no more say in the operation of Allentown as Bernie O'Hare.