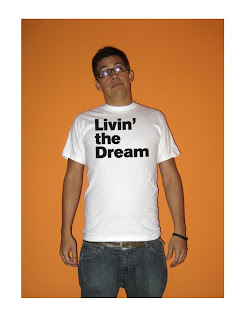 On Friday, I bumped into a Deputy Sheriff in the men's room and asked how he was doing.

I think he even meant it.

Last night, I attended my cousin's viewing. I'm sorry to say I had not seen him for years. He was livin' a nightmare, and ended up taking his own life last week.

My cousin Eddie was an alcoholic. He did it all, including sniffing glue as a kid, but his drug of choice was always booze. Just like his Dad. And my Dad. And his brother. And me.

It cost me my license to practice law, but it cost Eddie his education. He started earlier, and it ruined any chance he had of getting any kind of degree.

It cost him a half-decent income. He was smart, and had a gift for taking things apart and putting them back together again. He found work in the HVAC biz, but lost job after job because of booze or because his DUIs prevented him from driving vans. Who's going to take a chance on a 50 year-old guy with multiple DUIs? Those that did take him on took advantage of him.

It cost him meaningful relationships. He never married. To my knowledge, he never even dated much. He was a loner.

Finally, it cost him his life. At his viewing last night, the two pictures his mom selected were of his cat. It was a small crowd.

At one point, the Jehovah's Witnesses did help him. Say what you will about this group, he did stop drinking and drugging for extended periods when he was with them. But the demons were always there.

He was recently arrested and charged with DUI again, and was facing a five-year sentence. He did not want to disappoint his Mom again. So he hung himself on his porch. I think that might be a worse sentence than five years in jail. The world had become too painful for him.

His Mom blames herself for being too judgmental. His brother blames himself for failing to reach out to him. Neither is at fault.

Of course, the real culprit is alcohol. Our family is one of many ravaged by that disease.

Sorry for your loss, Bernie.

sorry he didn't make it.

A sad story but all too true in many cases. May GOD have mercy on him. Maybe just maybe this story will help someone. Just one would be great. Thanks for posting this Bernie.

Sorry to hear your sad news.

God's healing touch be on all those in pain.

No child left behind is God's promise to all of us. Hell exists in this life and we can all testify to that fact. Terrible thing to be trapped in a room with no windows or a door. He is in good hands now and there is no more pain or suffering..only joy and peace.

This is a terrible, national problem: not just addiction to alcohol but drugs as well. Many lives are lost to this disease and there is very little federal focus on this problem. It touches many families across all demographics.

Sometimes some of us reach out to those in need but in the end, it's always a very personal decision that has to be made...

i'm very sorry for your loss, Bernie. Thank you for this post.

Unfortunately those who are sddicted to alcohol are not capable of meaningful relationships with anything but the alcohol since it always pushes everything else aside. Such a terrible waste. One has to wonder that the nanny state is trying to regulate salt, sugar, fat, tobacco, but they never see the cumulative harm alcohol has wrought on society, and the lives destroyed.

So sorry for your family, and your cousin. Unfortunately
this is a very common tale. God be with you all in this sad time, especially those who feel at fault.
All of us are given free will, and must want to be changed in order for any help to be effective. May they understand and not live their lives in more misery than already exists over the loss of someone they loved.

The cost to our families, our communities and our society from alcohol is enormous.

Thanks for telling the truth about it today.

With respect to alcohol and drugs, the party, as they say, is over.

My condolences to you and your family in this difficult time.

My sympathies. I will dedicate my evening prayer for your intentions and for God to have mercy on his soul.

Wow! Thanks to everyone for the nice words. I'm going to take this and send it to my aunt. It might help her.

Father Alex, people need priests like you, and that's why I'm happy that you're hanging in there.

What a tragic end to Eddie's struggle. I hope your family can find peace in knowing his battles are over and he can finally rest.

It is definitely possible for someone to beat alchoholism. But, only the alcoholic himself (or herself) can bring about the changes needed to become sober. There's nothing a mother or brother (or anyone else) could possibly do to fix things. Survivor guilt can be a terrible burden to carry. I wish them all well as they recover from this horrible tragedy.

We will pray for your cousin, and all your family, Bernie. (We Orthodox pray for the souls of the departed.)

I have numerous aunts and uncles and cousins who have been affected by alcoholism, and my husband, who is an alcoholic, (without a drink for 30 years) just watched in horror and anguish over the past two years as his daughter trashed her family, her successful business, and and very nearly took her own life, on alcohol and other drugs.

Somewhere I have, or had, an older brother who seems to have vanished from the face of the earth, another alcoholic. He was a good person, and so smart, if only....

Alcoholism is a sneaky, insidious, destructive disease, and one that the victim is almost powerless to recognize and halt of his own volition. If anybody is interested, there is a fellow out West named Doug Thorburn who has written a few treatises on his experience and research, and he calls for society to "uncompromisingly disenable" the alcoholic. He has a web site called "Preventing Tragedy."

Bernie I am very sorry foryour loss. May you and your familiy find comfort in the belief that Eddie is in a much better place now.

I will remember your cousin when I say the Rosary tonight. Sorry Bernie.

Sorry for your loss Bernie. It was good to post about it.

Very sorry to hear of another tragic story.Their are lessons here for all to heed.Very sad.

Bernie
Sorry for your loss. Your family and Eddie are in my prayers. Peace be with you Eddie. God Bless You Bernie.

....a prayer for the living that God's grace be upon you and your family members.

Bernie, I am so sorry to hear about your cousin, and for the pain he must have felt, as well as the pain this is causing your family. I am deeply glad that you have stayed so strong.

This is your cousin Maureen..Aunt Ann's daughter. My sisters and I just learned of Eddie's passing today. We are heartsick...alcohol has once again ruined another life. Please send Aunt Kitty our condolences..I know our Mom is right there in heaven taking care of Eddie now.