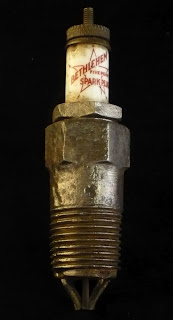 Did you know that 15% of the drivers around Bethlehem's South Mountain are going at least 10 mph above the posted speed limit? That Lehigh University visitors, commuters and even school buses use these rural residential roads to avoid traffic jams and construction on the main drags? That stop signs on Creek Road and William Street are routinely ignored? That these roadways tend to ice up in the Winter as a result of poor drainage? All of these concerns were presented to the Bethlehem Planning Commission on November 11 by Community Planner Christine Bartleson.

A "South Mountain Traffic Calming Study," funded with fees imposed on Bethlehem's rural developers, has made several recommendations to reduce traffic.
* Posting the speed limit every half mile. Police officers are unable to enforce speed limits unless they are properly posted.

* Installation of "Share the Road" signs, for the safety of pedestrians and bicyclists.

* Speed humps along William Street, Fire Lane and Creek Road, which forces the driver to slow down.

Other traffic calming measures - including possible road closures and one way streets - will be considered in two years, after PennDOT's Route 412 construction program is complete.

One change, designed to keep drivers on the right road to Lehigh, was to rename Silvex Road to College Drive. City Council killed that idea on November 3, which puzzled planner James Fiorentino.

"Was Silvex named after something like Silver Creek?" he asked.

He was told it was a spark plug.

"Is there still a constituency for spark plugs?" he continued.

Planner Steve Thode told Fiorentino, "It was the spark plug for the Model T" and was manaufactured in Bethlehem.

wonder if fiorentina reads the newspaper or follows council. sounds like another callahan appointed contributor and flunky. if you are going to make decisions on the city's future maybe it would be nice if you knew her history and current events.

so the name of a spark plug used more than 80 years ago is more important than allowing travelers to safely get to their final destination? Name another street after the spark plug if it is that important.

If I can get a parking ticket because I failed to move my car to the other side of the street after using my alloted time on one side, then I should be able to get a speeding ticket if the signs are farther than 1/2 mile apart.

That is a Bethlehem Parking law but no where is there a sign indicating such.

Too many lawyers getting in the way. Signs every 1/2 mile, total bullshit!

You're right, changing the name to College Drive and then turning onto College Road, and then going onto College Lane when you're hading toward a university and not a college makes much more sense than just keeping the sign Silvex Road. Well, that and the fact that the average time for GPS systems and Google Maps to update the renaming a street is one to two years. That "turn here" won't be confusing at all! GENIUS!!